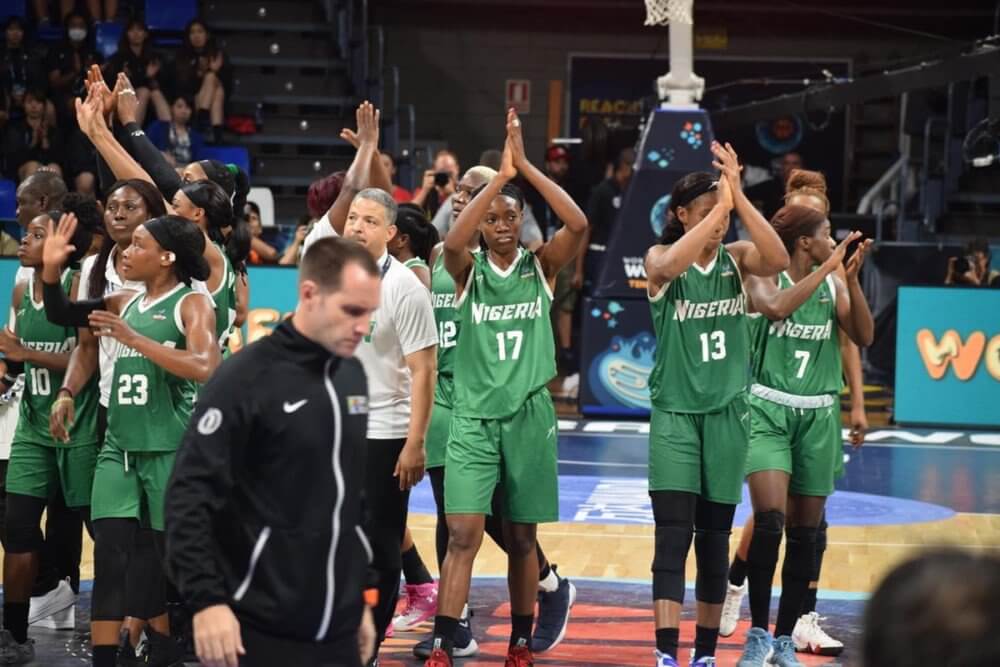 Twitter
40
SHARES
ShareTweetSubscribe
#mc_embed_signup{background:#fff; clear:left; font:14px Helvetica,Arial,sans-serif; width:90%;} /* Add your own Mailchimp form style overrides in your site stylesheet or in this style block. We recommend moving this block and the preceding CSS link to the HEAD of your HTML file. */ (function($) {window.fnames = new Array(); window.ftypes = new Array();fnames[0]='EMAIL';ftypes[0]='email';fnames[1]='FNAME';ftypes[1]='text';fnames[2]='LNAME';ftypes[2]='text';}(jQuery));var $mcj = jQuery.noConflict(true);

Nigeria’s D’Tigress successful run at the 2018 FIBA Women’s Basketball World Cup came to a end, after they were defeated by the United States of America in the quarter-finals in Tenerife, Spain.

D’Tigress fell 71-40, as the reigning world champions secured a place in the semifinal of the tournament.

Nigeria recorded a 17-9 lead in the first quarter but fell 16-18 in the second and 12-19 in the third before crashing 5-25 in the third to the nine times world champions.

D’Tigress defeated Turkey, Argentina and Greece to become the first African team to qualify for the quarterfinals.

USA will face the winner in the quarterfinal between Belgium and France on Saturday, the competition which began on Sept. 22 comes to an end on Sept. 30 when the 2018 champions will be crowned.