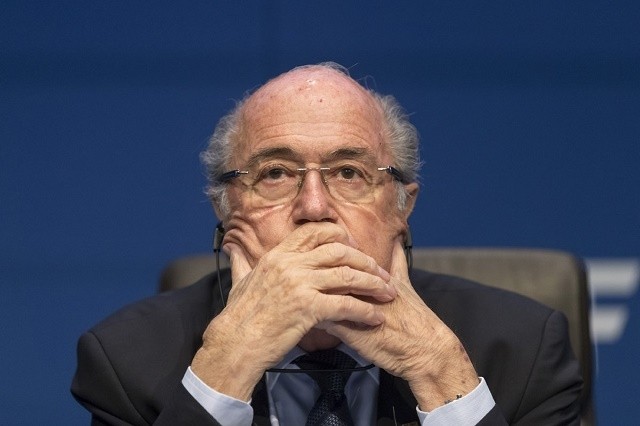 FIFA presidential candidate Chung Mong-joon has also been handed a six-year ban, and fined $103,000, automatically ending his chances of succeeding Blatter in the February 2016 election.

The move follows an investigation by the world football governing body into allegations that officials abused their positions to acquire millions of dollars in bribes and kickbacks.

They are banned from all football activities, nationally and internationally, while investigations continue.

A statement released by FIFA’s ethics committee said: “The committe has provisionally banned FIFA President Joseph S Blatter, UEFA President and FIFA Vice-President Michel Platini, and FIFA Secretary General Jérôme Valcke (who has already been put on leave by his employer FIFA) for a duration of 90 days.

“The duration of the bans may be extended for an additional period not exceeding 45 days. The former FIFA Vice-President Chung Mong-joon has been banned for six years and fined CHF 100,000 (£67,269).

“During this time, the above individuals are banned from all football activities on a national and international level. The bans come into force immediately.”

“The proceedings against the South Korean football official Chung Mong joon were opened in January 2015 based on findings in the report on the investigation into the bidding process for the 2018/2022 FIFA World Cups.

“The Ethics Committee is unable to comment on the details of the decisions until they become final.”