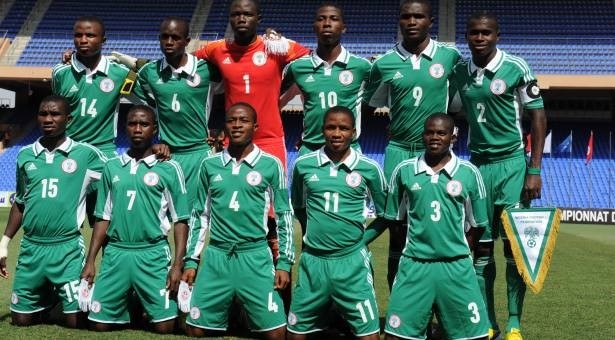 Following the Golden Eaglets 2-0 victory over the USA in the opening fixture of the FIFA U-17 World Cup tournament in Santiago Chile, the Nigerian Football Federation (NFF) has applauded the young Eagles, warning them against complacency.

This was disclosed by the Chairman of the NFF Technical and Development Committee, Chief Felix Anyansi-Agwu, who praised the Golden Eaglets for their brilliant start, but cautioned them not to take their opponents for granted.

He said; “I am quite delighted with the win by the Golden Eaglets. It is always great to start a major competition with a win. That win has given the team a lot of confidence for the remaining matches of the tournament.

“However, I am advising the boys to guard against complacency. It is only the beginning and it is only the diligent, able and courageous that will last to the end. I want them to take it one match at a time, and take each match very serious.

“I have confidence in the team to go all the way. They should not only think of winning matches in the group phase, but have it at the back of their minds that President Muhammadu Buhari has ordered them to win the Cup for a fifth time.”

The Golden Eaglets face a stern test against host Chile, in the second round of fixtures on Tuesday, October 20th, 2015.

SHANGHAI MASTERS 2015: Djokovic Cruise Pass Tsonga For His 9th Title Of The Season