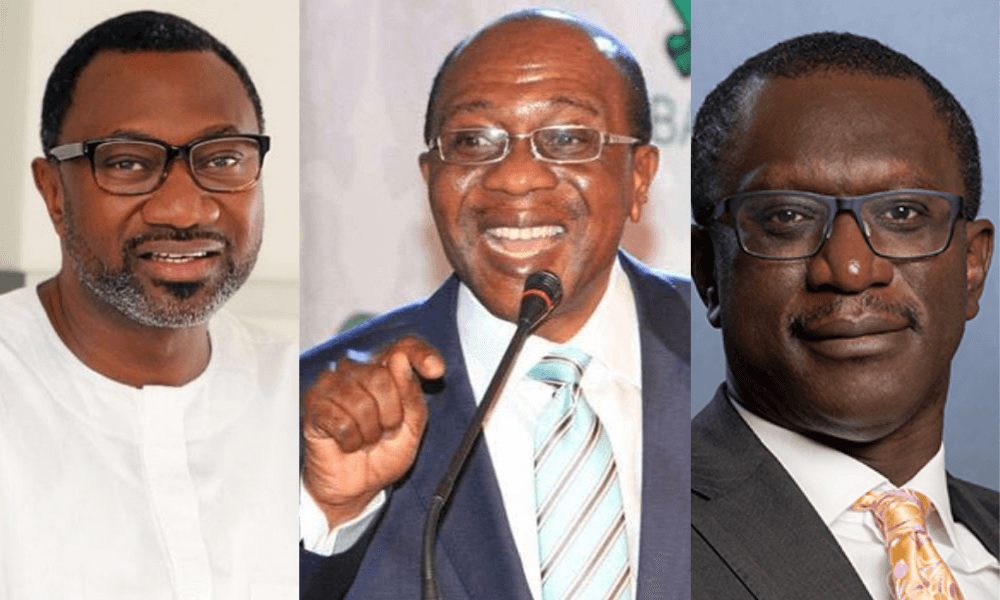 The Governor of the Central Bank of Nigeria, Godwin Emefiele, has said that First Bank of Nigeria is too big for any individual to claim ownership of the country’s oldest bank.

The apex bank boss further said that it would be a big blow on the Nigerian banking system if anything happens to the bank.

The apex bank’s governor made the comment in response to the battle for the control of the bank between billionaire businessman, Femi Otedola and the FBN Holding’s Group Chairman, Mr Tunde Hassan-Odukale.

FBH said Otedola has 5.07 per cent of the bank’s shares which no single individual owns. But barely three days later, Hassan-Odukale who replaced the former MD, Ibukun Awosika, was announced as the largest shareholder.

According to FBH, Hassan-Odukale’s shareholding stands at 5.36 per cent ahead of Otedola’s 5.07 per cent.

But the CBN governor who described the bank as the pride of the country’s banking sector insisted that the oldest bank was too large for any single individual to own.

Emefiele said, “It is a strong aggressively domestically important bank in Nigeria. If anything happens to First Bank, it means something has happened to the Nigerian banking system and that is why we are taking our guidance about how to get the bank afloat very seriously.

“Because we have cleaned the balance sheet now, the NPL has dropped aggressively, people are seeing that this money-making machine, First Bank is back again in the race for profitability and they are now competing for the shares of First Bank.

“But of course they should all know, First Bank is so big that not one person can say he owns First Bank. They are just one and they should see themselves as representing others in running the bank.”

SPAR, Shoprite, Others Not Ready For CBN eNaira