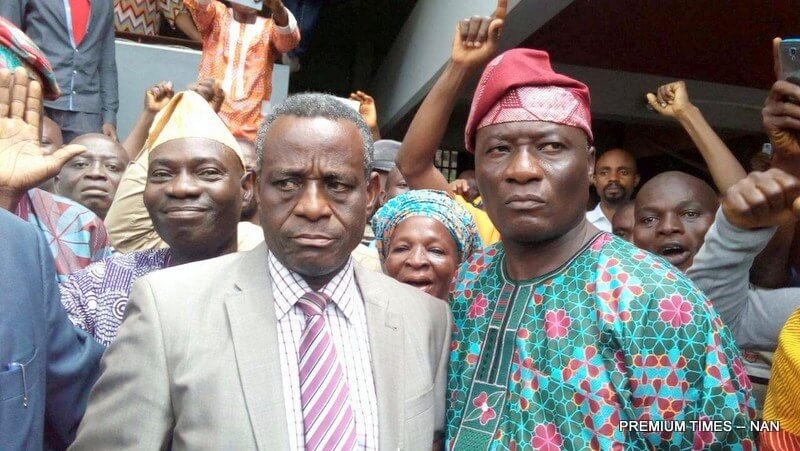 The presiding judge, Justice David Oladimeji, gave the ruling on Tuesday after the bail application was dismissed.

The judge ruled that Mr. Elujoba be remanded till July 19 when the case will be brought for hearing.

The former VC alongside bursar of the university, Josephine Akeredolu, are standing trial on a seven-count charge of alleged corruption and abuse of office running to the tune of N1.4 billion.Meanwhile, workers of the university protested the decision of the court.

Also, the Non-Academic Staff Union of Universities, NASU, locked down the court gate as the ruling was being handed.

They are demanding the judge withdraw his ruling and authorize the troubled professor be kept in the custody of the Economic and Financial Crimes Commission, EFCC.