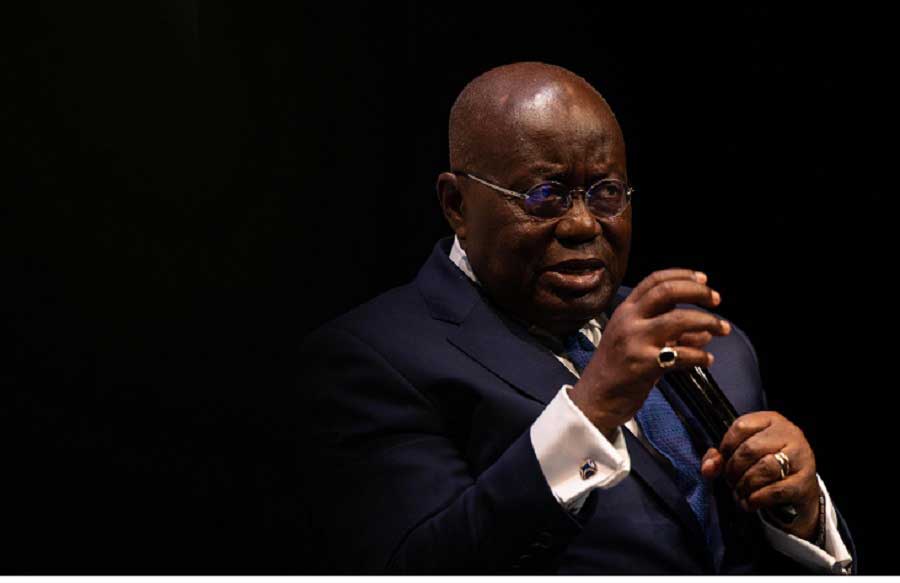 Ghana President, Nana Addo Dankwa Akufo-Addo, has urged citizens to be patient with his government as it tries to ward off the present economic crisis which has resulted in high inflation.

According to a Bloomberg report, the West African country’s cedi recorded the world’s biggest loss against the United States dollar in 22 years in 2022 with a currency depreciation of 9.5% resulting in the worst performance among 148 currencies of the world.

The Ghana News Agency reported on Monday that the inflation rate in the country has topped what was obtained when Akufo-Addo was declared president in 2017.

Speaking at the dedication of a Centenary complex of the Akyem Abuakwa presbytery of the Presbyterian Church of Ghana at Kyebi, Addo seized the opportunity to appeal to the public and assured them of palliative to cushion the negative effect of high inflation.

“I know times are hard. But whatever we need to do to bring the nation out of the state it is in is being done. We are confident that we will soon come out of it.

“Just keep faith with us and pray with us. All will be well,” he said admitting that the country’s economy is ailing.

But with several Twitter users in Ghana alleging the president has no clue on how to resolve the economic problems, foreign media reports that he has approached the International Monetary Fund for a $3 billion loan.