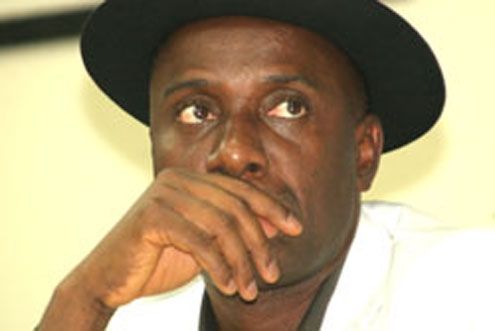 The level of wickedness he visited upon his major benefactor, Dr. Peter Odili has been visited on the immediate past governor of Rivers State, Mr. Rotomi Chibuike Amaechi even in a greater measure, as Justice Simeon Amadi of the Rivers State High Court, sitting in Port Harcourt in very clear and unambiguous words told him to face the Justice Odedeji – led Judicial Commission of Inquiry constituted by Governor Nyesom Wike to probe the sale of state Assets by his immediate past administration.

Justice Amadi in the, Suit Number PHC/187/15 filed by Mr. Amaechi on today, declared that the Judicial Commission of Inquiry was not interested in investigating Amaechi’s personal activities, but set up to investigate previous actions of government as they affect the people of Rivers State.

He ruled that Governor Nyesom Wike by the provisions of the law is empowered to establish the Judicial Commission of Inquiry to investigate previous actions of government.

It could be remembered that former Governor Amaechi, has upon assumption of office in 2007 had caused the establishment of Judicial Panel of Inquiry to look into the remote and immediate causes of the restiveness in the state during the reigns of former Governor Odili. The aim of the was to indict Dr. Odili and every other person who served under his administration, chief of whom was Dr. Abiye Sekibo, former minster of Federal Ministry of Transport.

According to him, there is no law preventing a state government from finding out how her resources were expended.

He declared that the former governor cannot disburse and expend funds of the Rivers State Government and turn around to claim that such powers belong to the National Assembly.

On the claim by Amaechi that the 30 – day set aside for the sitting of the Judicial Commission of Inquiry will deny him fair hearing, the court held the days set aside has not breached Amaechi’s right to fair hearing.

The court noted that the former governor has not filed a Memorandum before the Commission and has not appeared before it, hence he cannot complain that he was not given fair hearing.

Justice Amadi said that the 30 days set aside is not sacrosanct, hence it could be extended.

The court further held that the suit by Amaechi is speculative as he failed to prove the injuries that he has suffered because of the setting up of the Judicial Commission of Inquiry.

“Those who by the benevolence of the Judiciary got to power should resist the temptation to emasculate the Judiciary”.

Commenting on the judgment, Rivers State Attorney General, Emmanuel Aguma, said the commission of inquiry can now sit, pointing out that it will be fair to all parties.

Counsel to Governor Wike said that the ruling of the court has proved that a claimant cannot jump to court to stop the legitimate business of a Judicial Commission of Inquiry.

In her remarks, Counsel to Rotimi Amaechi, Mrs Winifred Enyinnaya, said that Amaechi will appeal against the judgment.

Governor Wike upon assumption of duty set up a Judicial Commission of Inquiry to investigate the sale of key state Assets by the previous administration but Amaechi approached the court to stop the inquiry.

Oil Wells : ‘You Can’t Turn Against Supreme Court That Made You Imo Governor’ – Wike…

‘Even Governors Have Right To Be Treated Fairly’ — Presidency Defends…