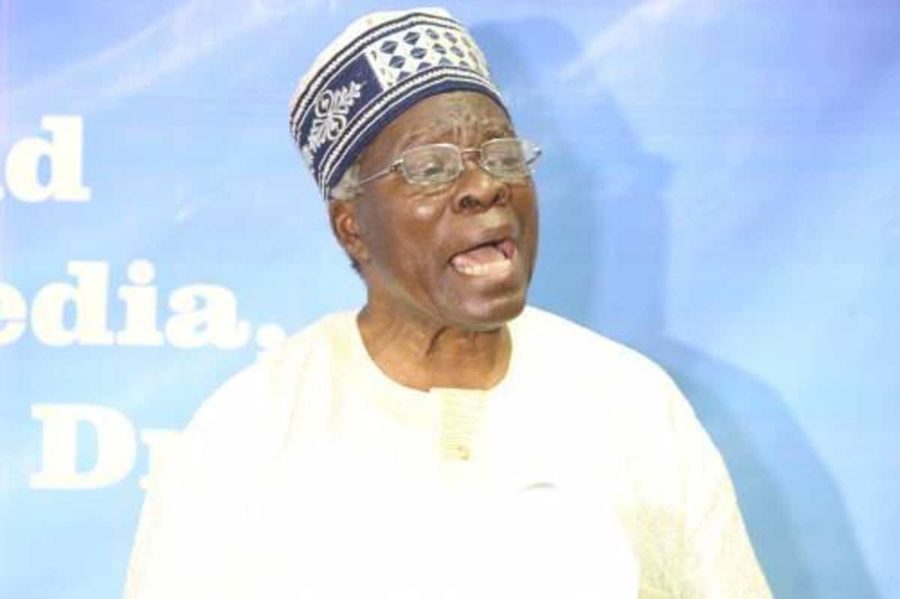 The leadership of Ilana Omo Oodua which is the umbrella body of Yoruba self determination groups has said some armed hoodlums attacked the residence of its leader, Professor Banjo Akintoye.

The incident, the group, said, happened last Saturday at his residence in Ado Ekiti, the Ekiti State capital.

The spokesman for the group, Maxwell Adeleye, said this in a statement on Tuesday.

He said the expended bullets, which were picked up later, showed they were fired by AK-47 riffle.

The statement read, “The leadership of the umbrella body of Yoruba self-determination groups, Ilana Omo Oodua (IOO), is displeased to inform the general public that the Ado-Ekiti country home of its leader, Prof. Banji Akintoye, was attacked on Saturday, October 30, 2021.

“Gunshots were fired into the house by assailants who apparently climbed a chair outside the gate to shoot in.

“Luckily, Professor Banji Akintoye was not around at the time, and nobody was hurt.

“Bullets suspected to be from AK-47 rifles were recovered after they dropped from the ceiling onto the floor.

“The matter has since been reported to the Ekiti State Police Command for investigation.

“We, the Yoruba people within, and beyond the horizon of Nigeria will hold the Nigerian Government responsible if any evil happen to our leader or any or his relations.”

Akintoye, a renowned Historian, hails from Ado-Ekiti. He represented the old Ondo State in the Senate from 1979 to 1983 before Ekiti State was carved out of Ondo State.

Akintoye is currently the rallying point for the agitation for an Independent Yoruba Nation from Nigeria.

The National President of the group, Olalekan Hammed, while speaking with THE WHISTLER said the attack should be thoroughly investigated to know those behind it.

He, however said government should improve on security generally and ensure that Akintoye is safe.

He said, ” We condemn this attack but we want a thorough investigation to be instituted into it to unravel those behind it.

” Baba has always been law abiding and peaceful in his agitation for Yoruba Nation so, he must not.be killed.

” The attack might even be from some people to cause a distraction.
But since government is the one saddled with the responsibility of securing lives and properties of its people, no evil should befall him.”

Recall that few months ago, unknown armed men invaded the house of the Scion of the Akintoye dynasty, Ademola, in Agbor, Delta State.

Nigerians Stranded At Oversea Airports As NCDC Portal Shuts Down