Gunshots, Pandemonium As Residents Scamper For Safety In Anambra Community 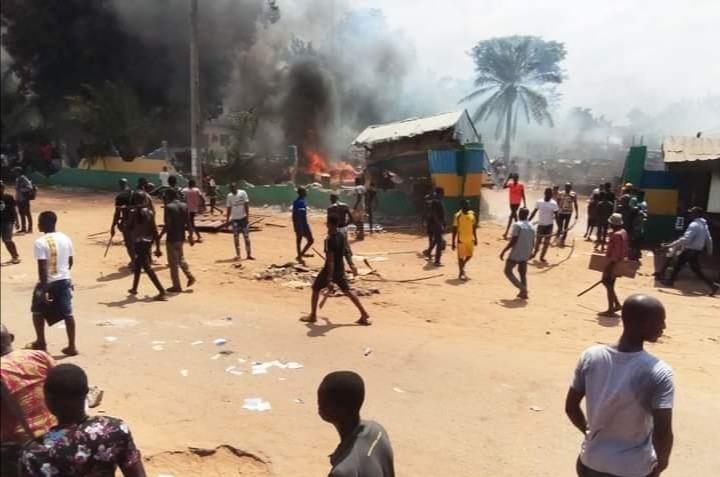 In Ekwulobia, Anambra state, two armored tanks were seen patrolling on Friday afternoon while sounds of sporadic gunshots could be heard.

Residents were seen running in panic.

Shops in the area hurriedly closed as banks shut their gates to customers as early as 1pm.

Our correspondent learnt that a political campaign was scheduled to hold in Ekwulobia.

Some persons are said to insist that there will be no election in Anambra state ahead of the November 6 poll.

“Anybody going out now should be careful,” a resident told our correspondent.

A motorcyclist told our correspondent that election in Anambra was not likely because some persons were determined to ensure that no election holds on November 6.

Meanwhile, the federal and state governments have assured that there will be election in the state.

Several security agents have been deployed to the state for election purpose.

Sustain Offensives Against Bandits, Insurgents Till They Surrender, COAS Charges…