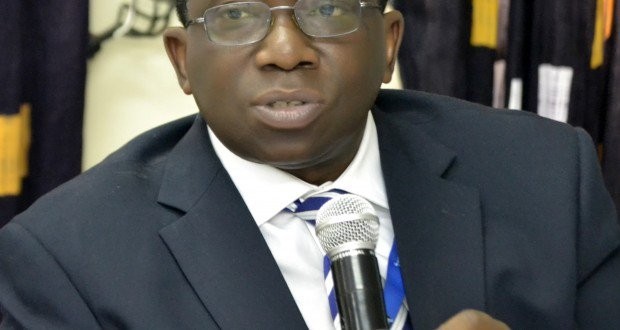 Nigeria’s Minister of Health, Prof. Isaac Adewole, said he never at any time blamed ex-President Goodluck Jonathan for the resurgence of Lassa fever in the country.

A section of the media had reported that the minister blamed the outbreak of the disease on the Jonathan administration to implement a 2012 roadmap on health.

Adewole in Abuja on Sunday, said, “The report is a mischief. If you watched my interview on Channels TV, I said all of us, including myself, as Nigerians, should be blamed.

“The word or name, (Goodluck) Jonathan, did not even come up in any of my discussions. So, I wonder how and where the news medium came by that report. Please, I beg you; I didn’t indict (ex-President Goodluck) Jonathan and never referred to Jonathan.”

Following the deaths of over 40 people in the recent outbreak of Lassa fever in the country, the Federal Government has summoned an emergency National Council of Health meeting to review efforts made to control its spread.

The meeting, which is scheduled to take place on Tuesday, will culminate in the inauguration of the Lassa Fever Action Plan Committee.
Adewole, who made this known, expressed surprise that some Nigerians were still sceptical about the existence of Lassa fever in the country, saying it was not a fluke.

He said, “Indeed, Lassa fever is real; what we are saying is that there is no need to panic because it is treatable. Any suspected case of Lassa fever should be reported.

“I am happy with the response I am getting. I have just received a text message from a doctor in Lagos State, asking me where they will refer suspected cases; and I said send the ‘suspect’ to LUTH – Lagos University Teaching Hospital.

“So, we will have a comprehensive national update on Tuesday and we will also formally inaugurate the Lassa fever Action Plan Committee. It is a proactive approach and what we don’t want is for it to happen again next year.

“To eradicate it is a goal, but there may still be one or two cases. Even when the whole country is on the alert, even when we pick a case, there will be no death.”