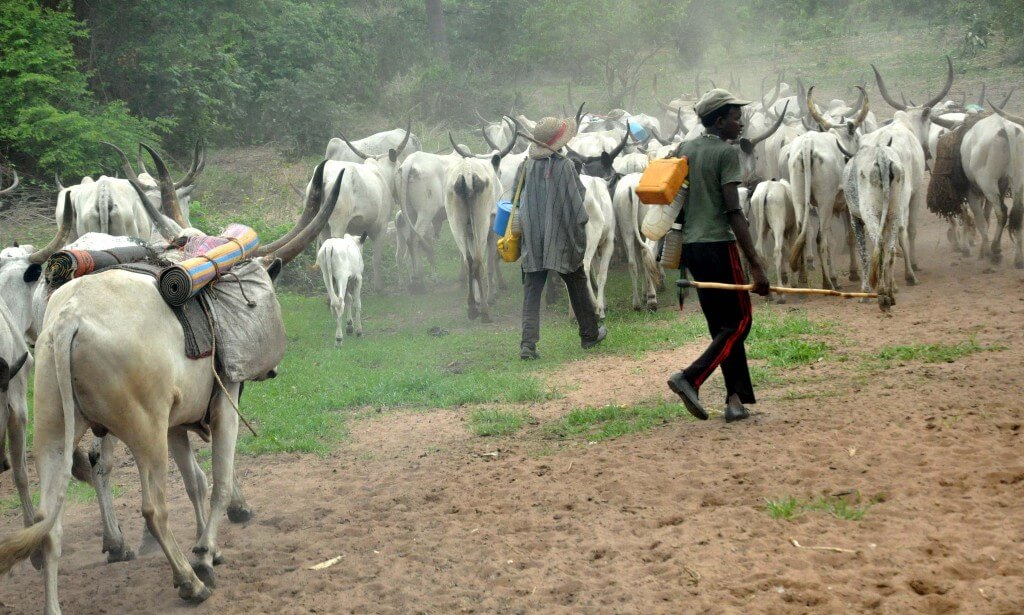 Some gunmen suspected to be Fulani herdsmen have invaded Molege, a community in Ose Local Government Area of Ondo State

It was gathered that the gunmen invaded the community on Thursday evening because residents disallowed the herdsmen from grazing in their farms.

After killing the victims, the herdsmen were said to have set houses in the community on fire.

Sources told journalists that the attackers also injured some Amotekun corps who moved in to drive the hoodlums away.

The Commander of the Ondo State Amotekun, Adetunji Adeleye, who confirmed the incident said the herdsmen attacked his men who were on patrol in the community.

Adeleye said, “While on a routine patrol at Molege, our men were informed that some nearby villages in Molege have been taken over by herdsmen and that they burnt down some people’s properties.

“We moved in with three patrol vehicles and took control of the situation in the village. On their way back, some men suspected to be herdsmen suddenly opened fire on our men in an unprovoked attack because Amotekun does not want to start shooting at people.

“We are trying to find out who they are as investigation is ongoing. We urged the people of the community to come back to their homes as peace has returned back to the village.”

The Commissioner of Police in Ondo State,, Oyeyemi Oyediran, said he had visited the community to assess the destruction there.

The Police Public Relations Officer, Funmilayo Odunlami, who said this in statement on Friday said the gunmen razed down some houses overnight.

The statement read in part, “The CP during his visit to the scene, met with the community members, encouraged them, allayed their fears and vowed to arrest and prosecute all those involved in the evil act accordingly.

“The CP immediately deployed men of the Special Squads and PMF personnel to the community to ensure the protection of lives and property in the area.

“The command is also using this opportunity to assure the good people of Ondo State of adequate protection of their lives and property in the State and are enjoined to give the police genuine information that will help reduce crime to the barest minimum in the state.”