High Cost Of Gas: FG Worried Over Rise In Firewood Use 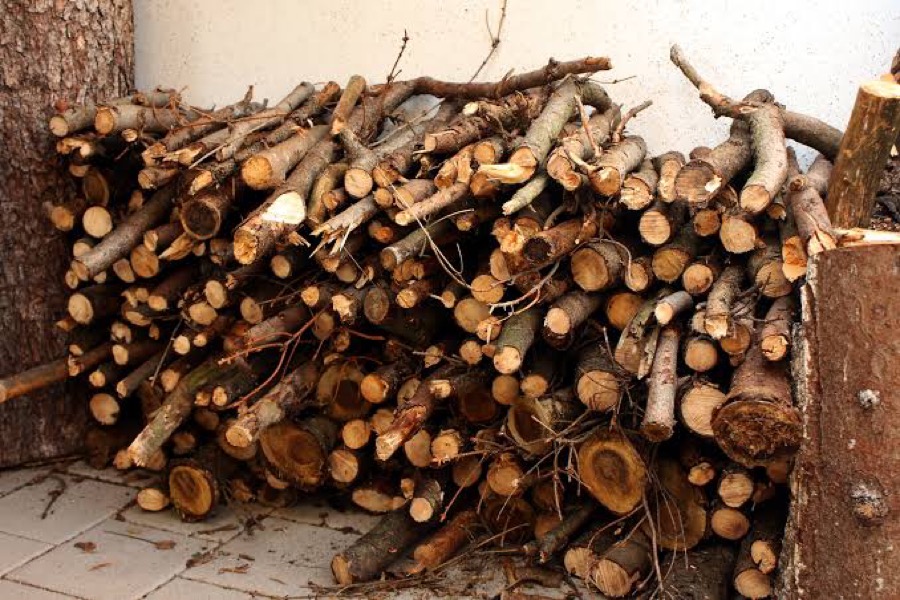 The Federal Government has expressed reservation over increased cutting down of trees as a substitute for cooking gas.

Minister of State for Environment, Sharon Ikeazor, made this known on Thursday at the weekly ministerial press briefing organized by the Presidential Media Team at the Presidential Villa, Abuja.

There has been steady rise in the cost of cooking gas with public outcry against the unannounced deregulation in the sub-sector.

THE WHISTLER reports that a 12.5kg cylinder is sold for 10,000 depending on the location. And 20 metric tonnes LPG is sold for 11.6million as against 3.8 million which was the price in January.

Nigeria ranks 9th largest gas deposit in the world, with over 207 million cubic feet of gas which it flares and wastes every day.

The rising cost of gas has forced many families to adopt alternative source of fuel for cooking with a step back to firewood.

The development has increased trees felling, which are done to enable these trees dry preparatory to the production of charcoal or burning them directly.

This, according to Ikeazor, is worrisome to the government.

She said, “I am extremely worried because the rate of cutting down trees has increased.”

She however did not advance government policy in that direction when pressed to speak.

On the environmental devastation at the Niger Delta as a result of oil spill, she said there are plans to institute stiffer punishments for companies involved in oil spillage in the country.

She also said that the level of devastation in the Niger Delta is massive and has planned to meet stakeholders in Ogoni land on the ongoing clean-up exercise to get their own assessmentt on how far government has gone.

According to her, the ministry is engaging other relevant government agencies to achieve this.

She pointed out that a bill is being worked out to amend the law establishing the National Oil Spillage Detection and Response Agency (NOSDRA) to build its capacity and give it “the needed teeth to bite.”

She said the operating company of the OML29 in Nembe, Bayelsa state has blamed the most recent oil spillage in the country on sabotage by the locals.

However, she announced that the Santa Barbara spillage has been brought under control after weeks the incident occurred with necessary personnel and equipment deployed to begin recovery and remediation efforts.

Ikeazor stressed the need to put an end to artisanal refineries, which she said had continued to cause pollution in the Niger Delta.

The minister also lamented the high rate of deaths from smoke especially among women in the country, which she noted is the highest in the world.

She said something must be done about the ongoing gas flaring, noting that the country cannot be committed to zero net emission and be flaring gas at the same time.

She said government is working hard and creating alternative for the people in the devastated Niger Delta area in order to move them away from further polluting the environment.

High Cost Of Gas: FG Worried Over Rise In Firewood Use

Court Yet To Decide Our Indebtedness To Ecobank—Honeywell