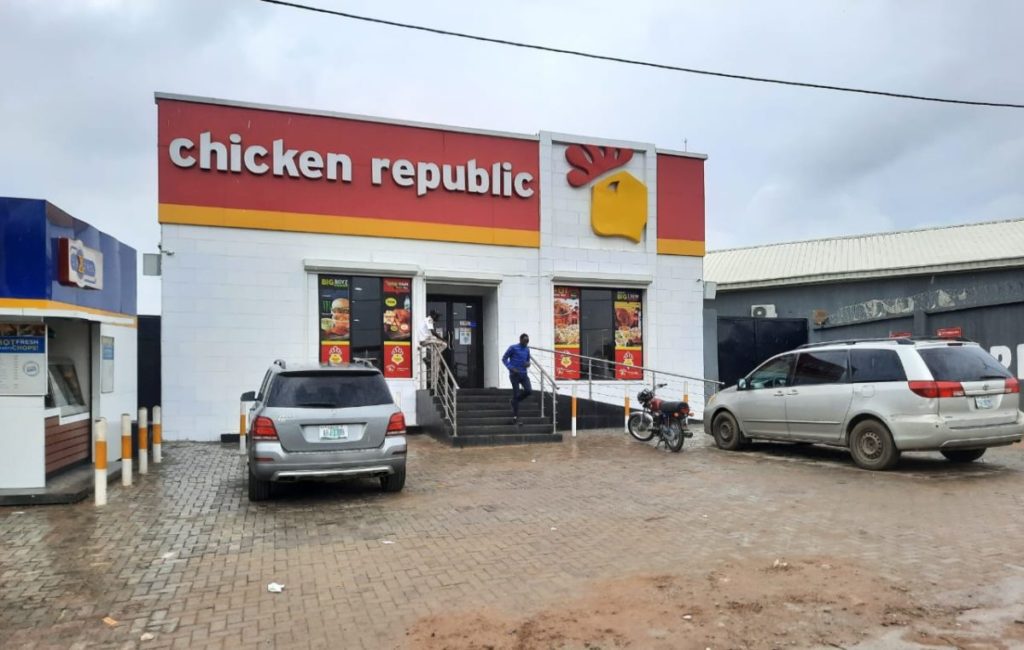 Armed robbers numbering about five invaded the Dutse-Alhaji branch of Chicken Republic and carted away items belonging to its customers, THE WHISTLER learnt.

The criminals who were said to be armed with guns stormed the restaurant on Thursday at about 10pm with a mission to rob its members of staff of the day’s earnings.

Staff members at the branch who spoke to this website on the condition of anonymity to protect their job said, the robbers upon arrival ordered the customers to lie flat and demanded their belongings such as phones and cash.

One of the members of staff said: “About five men invaded the place at about 10 pm. They came with guns and asked customers to lie down. They took our customer’s phones and cash.

“They climbed to where the cashiers are and tried to break the safe where money is kept but didn’t succeed. The staff had to run for their lives and a customer’s car was stolen.”

The Federal Capital Territory (FCT) Police command could not be reached as of the press time.

On Thursday, THE WHISTLER reported an incident in the Maitama axis of the FCT, where armed robbers numbering four scaled the fence of a residence with an intent to steal but were unsuccessful.

The criminals, however, injured the security guard with a machete on his head, back and hand.

The incident comes amidst the insecurity situation currently ravaging the city.

Insecurity: We Will Start Searching Your Bags To Prevent Bomb Attacks, Clerics Tell…

Lonely In Daytime, Busy At Night: How Abuja Traders Turn Bridges And Roads Into…