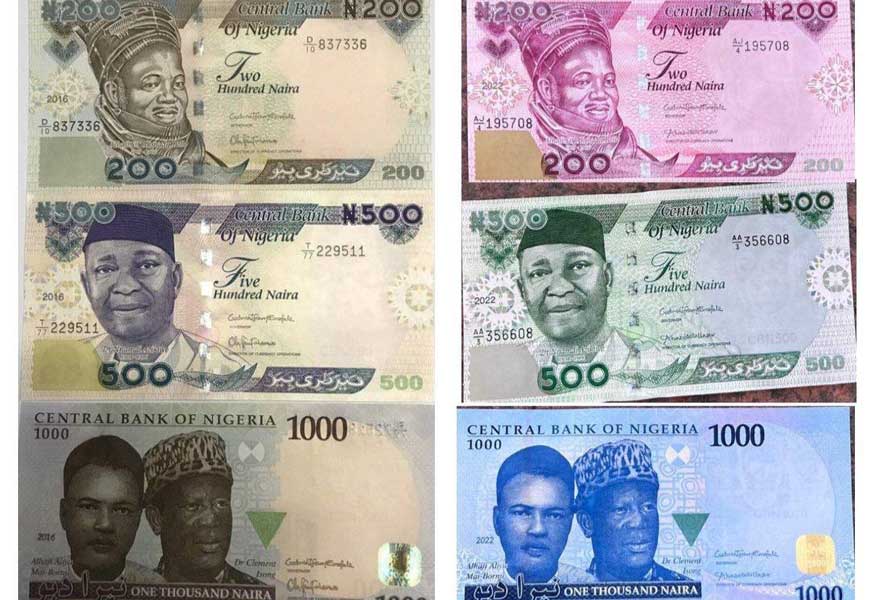 A police investigator at the Force Headquarters who spoke to THE WHISTLER has warned that commercial banks in the country may sabotage the Central Bank of Nigeria’s Naira redesign.

Emefiele said the redesign will take effect from Thursday, December 15, 2022. The redesign was meant to enable the apex bank to control the money in circulation and check inflation.

He also said that existing notes would cease to be regarded as legal tender by January 31, 2023.

However, a top police officer involved in several financial investigations who spoke on condition of anonymity to this website, revealed that banks are working to sabotage the exercise.

He revealed that most banks already knew the CBN was planning to redesign the Naira before it was announced.

“The thing is that most bankers already knew about this CBN’s new policy to redesign the naira note ahead of time, as a result, they had already prepared a lot of accounts ahead of time ready for that. And if you are ready to collaborate, they will demand 10 percent, even if you have N1 billion cash at hand to launder.

“What bankers do is that they are trying to protect their own customers, so they don’t report most of the cases to CBN or any law enforcement agency. A lot of them even teach either the politicians or those that steal money, how to hide their money,” he disclosed.

The officer, who said he had investigated many financial crime cases, said bankers know the big money launderers and usually have special accounts for them with which they use to perpetrate the crime.

“They will tell you that we have like 500 accounts that can hold one billion naira each, so putting N100m in the account will not cause you any alarm, you will only give us N10m as a percentage.

“They will then ask you to be putting money in the account regularly, maybe it will only take you 2 weeks to put N100M in one of the accounts. Mind you, they will give you about 10 accounts for that.

What Nigerians Are Saying About Redesigned Naira Notes

“After everything is in place, once the new currency comes and you want to collect your money they will just give you. But if you want to change it to dollars also, they will give dollars, “ he further revealed.

He explained that if someone wants to buy a property of N100m and does not want it to be traced to him or her, he will get a company to help out.

The fund would be deposited in the company name while the person will request for bank loan using the company as collateral.

The bank will release the loan based on the collateral.

“You see, the bank already knows they have his money indirectly, so they will not be afraid of any repercussions from EFCC or any law enforcement agent,” he said.

He also revealed that public servants and elected officials who take bribes do not allow it pass through their accounts.

“Such bribes are usually sent to company accounts set up by them. The company will buy properties in its name using such money and on their behalf, so that if tomorrow you come and see a house and they tell you that it belongs to a certain person, by the time you report them, the company will come and sue you.

“They will tell you this property is ours, we have the documents and you are saying it belongs to this person, do we know such a person that you are making such a claim? But it’s the name of the company that’s on it, and you can’t do anything about it. They will sue you.

“You, on the other hand don’t have any evidence to back up your claims, so you have to drop the case,” he explained.
The officer said it’s the reason the EFCC finds it difficult to win many of the money laundering cases.

“Some of these cases are only known when the perpetrators confess, especially when something big happens to them, if not there’s no way you can get them at hand. There’s just no way you can trace it to them. I have handled so many cases like these,” he said.