How Much Sex Is Too Much? Couples Disagree But Experts Have Their Say 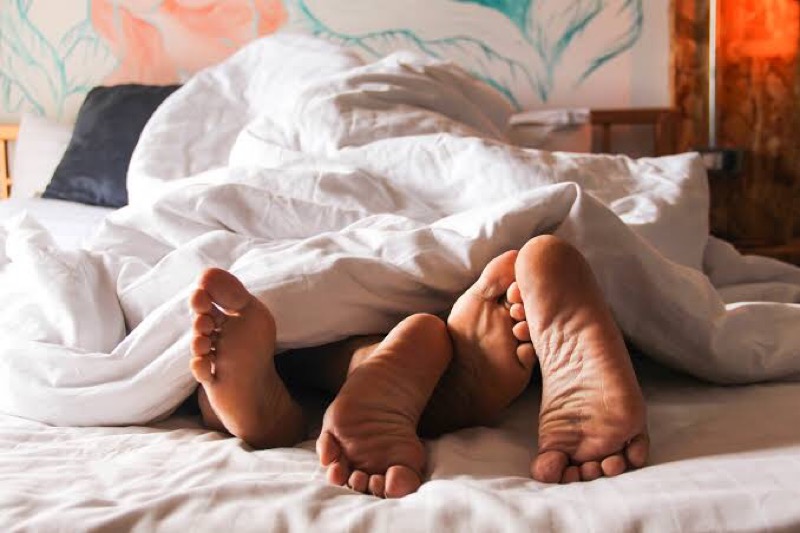 Sex not only satisfies your physical needs but also increases the emotional connection between partners in a relationship.

But Whether you’re in the honeymoon phase or you and your partner just can’t seem to leave the bedroom, you might be wondering if there’s such a thing as too much sex or too little of it.

For Favour Johnson, a textile vendor based in Abuja , sex should only be a once in a while thing.

She said “for me in my relationship, once or twice a week ain’t bad, and not every week.”

But Williams, an engineer, disagrees. For him, there is no such thing as too much sex when you are with the one you love.

He said partners should allow their feelings dictate their sex needs.

“I will let it be spontaneous, no need to force things. if she wants it everytime so far i’m not busy making money i am ready,” he says.

But to avoid a situation where sex becomes a problem in a relationship, he advised that couples should discuss it before starting out.

“Cheating(infidelity) by both parties is primarily as a result of not discussing each other’s sexual drive or fantasies at the beginning of the relationship.

So, for me i would want it 7 days straight, if my girl is up for it. It should be enjoyed by us and not endured.”

However, an Initmacy Rediscovery Expert at TheMarriageFixer, Mrs Rubby Aderinsola Osh, said” too much sex” is relative to marriages and couples.

“We have some who do it thrice, once, twice and even zero times a week. It depends on their arrangement and their libido level

“Intending couples need to understand that beyond the whole wedding preparation, there’s something called mismatched libido which can cause reduced satisfaction in a marriage or, even worse, separation or divorce. So they need to talk about sex with their partners in a positive manner, especially for peolpe practicing celibacy.

“But for the already married couples, they should be willing to resolve their mismatched issues by seeking for solution and balance.”

A Gynaecologist, Dr. Bright Jack, said there is nothing as too much sex.

He however said if both partners do not have a compatible libido levels, it can hamper their “emotional well-being and take a toll on the physical in the long run, causing sexual dissatisfaction”

Small Or Big Weddings, Which Do You Prefer?

Weekend Romance: How To Let Someone Know You’re Attracted To Them

One Dies, Five Others Injured In Multiple Car Crash On Airport Road