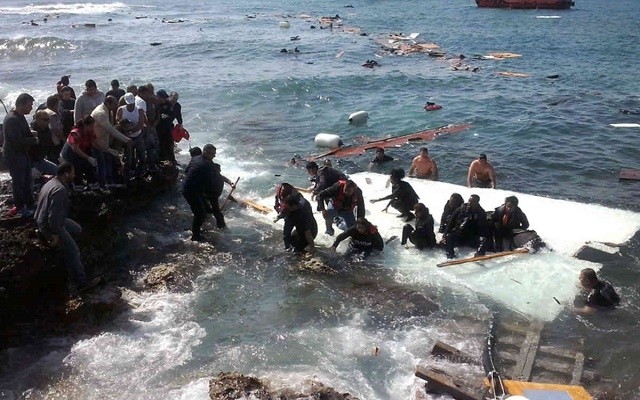 Hundreds of people are feared dead after two boats packed with migrants trying to cross the Mediterranean capsized near the Libyan coast on Thursday night.

According to the International Organization of Migration, the two accidents involved one boat with about 40 people and another with 400. Both boats capsized off the Libyan coast.

IOM’s chief of mission for Libya, Othman Belbeisi, said 100 people were rescued from the boat with 400 migrants and brought to Tripoli. He added that Libyan authorities are expecting to receive another 150 survivors today.

“The rest of the people are missing in the sea,” he said in a statement.

Belbeisi added that the other boat carrying 40 people overturned about 5 miles off the coast. Of these 25 were pulled out alive along with three bodies.

IOM also said that survivors, mainly from Nigeria and Ghana, said the boat overturned because of the bad weather.

This is the latest of many shipwrecks occurring in the Mediterranean Sea, which has become the deadliest migrant route in the world, as the number of people trying to leave their country to reach Europe is on the rise.

Over 500 Cases Of Diarrhea Recorded In Maiduguri IDP Camps