I Have No Relationship With Niger Delta Avengers – Metuh 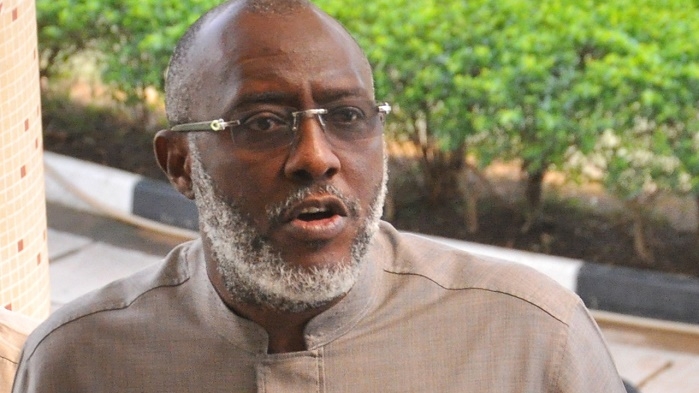 The former spokesman for the Peoples Democratic Party (PDP), Mr Olisa Metuh, has denied allegations of association with the Niger Delta Avengers group (NDA), a militant group from the southern region of Nigeria.

A breakaway faction of the militant group, Reformed Niger Delta Avengers, RNDA, had over the weekend, alleged that Metuh, amongst other prominent Nigerians was a sponsor of the group.

However, in a statement on Sunday, Metuh disassociated himself from the activities of the group, saying that the allegation was wicked, cruel and devilish.

His words “Ordinarily, I would not have responded to this given that I have since chosen to conduct my affairs with the decency and comportment of someone involved in a well-celebrated trial and with a severe spinal problem.

“I am also not unaware of the series of false reports against my person in the past few months.

“However, on this occasion I have chosen to respond, as this particularly borders on matters affecting national security.

2023: ‘You Have No Character’ – Wike Hits Dogara For Endorsing Atiku

“Indeed, I believe this is a wicked, cruel and devilish plot to link me with such activities and at this very time, especially as the claim is out rightly false.

“For the avoidance of doubt, I hereby state categorically that I do not have any relationship or association whatsoever either as a sympathizer or sponsor of any militant group, including the Avengers,”

Olisa pleaded with the government and other security to investigate the report thoroughly as it concerns National security which should not be toiled with.

”Ensure that you get to the root of this matter. This is a security issue and nobody should be allowed to play politics with it,” he added.

Meanwhile, the avengers in a statement issued on Monday, denied reports of a split within its ranks.

The statement signed by its spokesman, Brig. Gen Mudoch Agbinibo said, “The public and all sane minds should know that the entire household of the Niger Delta Avengers remain intact, we are in good spirit with highest morals and even more dedicated to get the ultimate targets.”

Dangote Moves To Minimize Cost, To Mine Own Coal In Q4