I Respect Tinubu But I’m Not Here To Step Down For Anyone, Pastor Bakare Says At APC Convention 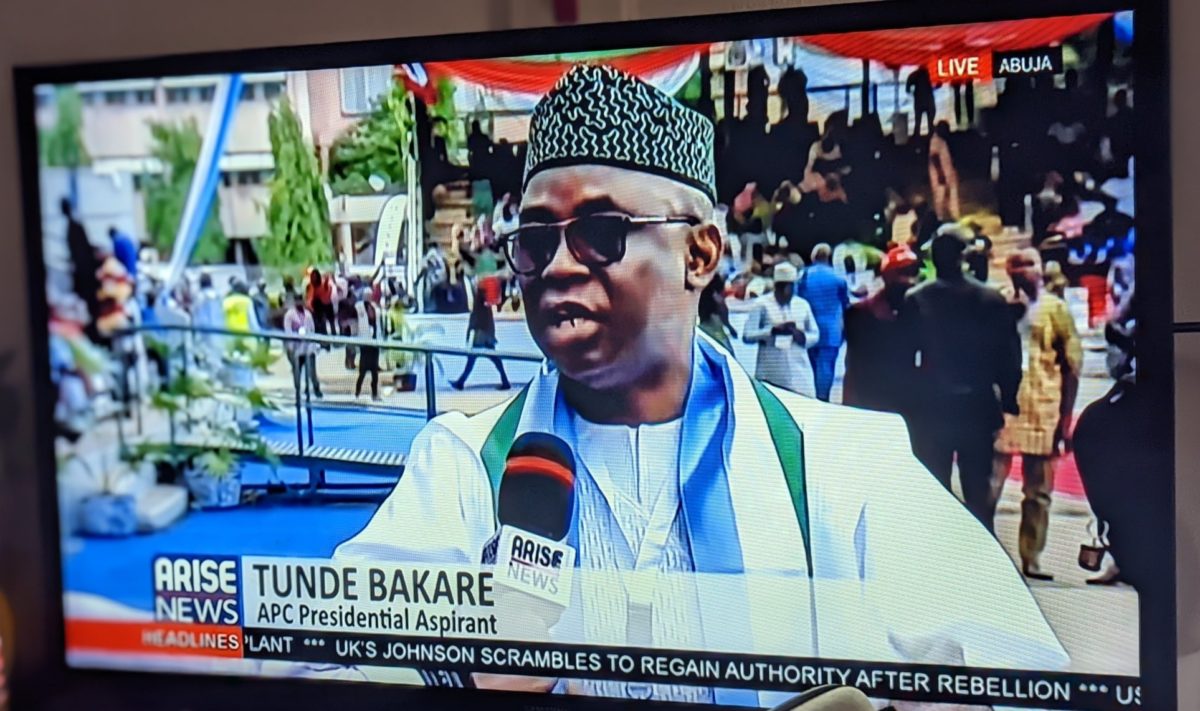 Pastor Tunde Bakare, at the presidential primary election of the All Progressives Congress (APC), said he did not join the race to step down for any aspirant.

Bakare stated this after seven out of the 23 presidential aspirants in the ongoing primary election, announced that they were stepping down for Asiwaju Bola Ahmed Tinubu, a two-time former governor of Lagos State.

The only female aspirant in the race, Uju Ebeze Kennedy-Ohanenye, also withdrew from the race and asked her supporters to back Tinubu.

But while noting that he respects Tinubu and other co-aspirants, Bakare said that he was destined to become Nigeria’s sixteenth president.

He stated this while addressing APC faithful comprising of party leaders, delegates, and other supporters at the Eagle Square.
Bakare’s words, “Ladies and gentle, our dear delegates, history lives forward and it is written in retrospect. And those who do not learn from history will only repeat the blunders of history until they become history.

“Thank God that I have a living witness in this arena tonight. 11 years ago, on January 15, 2011, I received a call from the then General Muhammadu Buhari (retired) inviting me to be his running mate in the 2011 presidential election on the platform of the Congress for Progressive Change (CPC), one of the predecessors of our great party the All Progressives Congress (APC).

“In convincing me to accept his invitation, despite my initial hesitation, our leader now President Muhammadu Buhari said to me that he chose me because I haven examined my records and trajectory, he was convinced that should the need arise, he could confidently hand Nigeria to my care, assured that I could hold the nation together.

“Mr President, dear delegates, the time is now and the hour has come. Tonight, I am not here to step down for anyone.

“I respect all aspirants and I have said wonderful things about them, including Asiwaju Bola Ahmed Tinubu, but I am here by the grace of God to step up with the support of the delegates as the 16th president of the federal republic of Nigeria.”

BREAKING: Osinbajo Refuses To Step Down For Tinubu, Says ‘You Can’t Wish Nigeria Well And Vote Someone You Don’t Believe In’