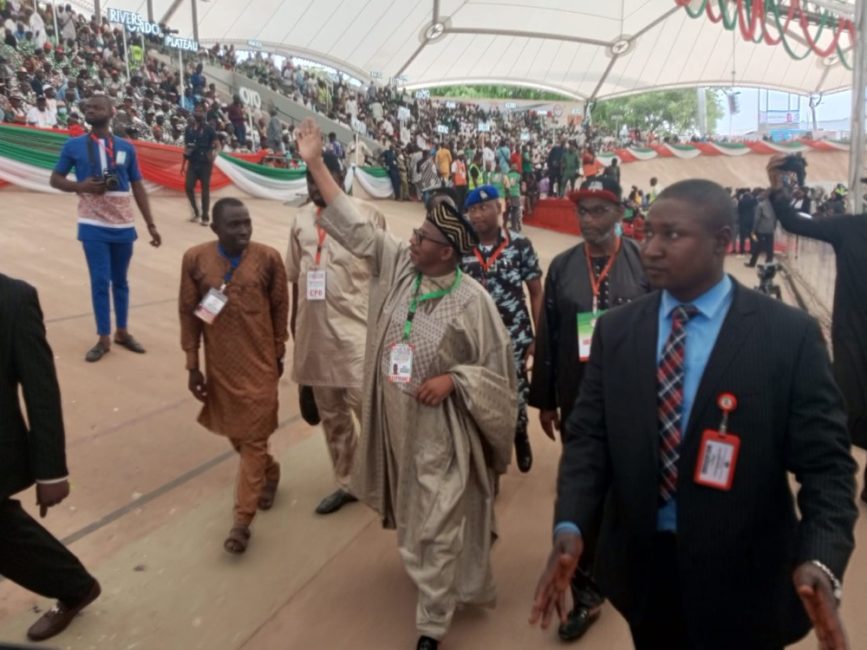 Bauchi State Governor, Bala Mohammed, has said he will not step down for any aspirant at the ongoing national convention of the People’s Democratic Party, PDP.

Speaking with journalists at the venue of the exercise in Abuja, Muhammed said it was “too late” to do so.

A support group for Rivers State governor, Nyesom Wike, had alleged on Saturday morning that an unnamed northern presidential aspirant was putting pressure on Mohammed and others to step down for him in order to defeat Wike.

But Muhammed brushed aside that prospect saying he will not go that route at this 11th hour.

“Yes, I am a product of consensus. Presidency and governorship are issues of consensus but it came very late and it is not feasible for me to just abandon the project, leaving my supporters and Nigerians who look up to me.

“So, I am still in the race, I am not stepping down for anybody.”