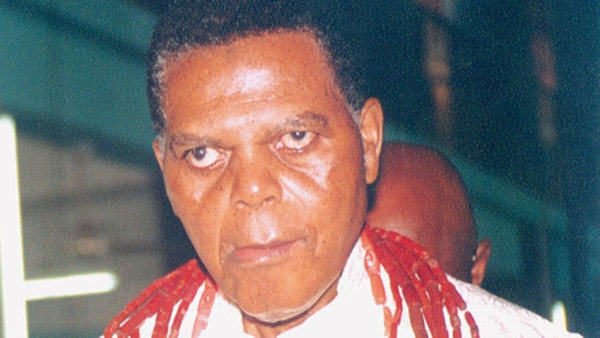 These are not the best of times for sixteen children of late Chief Olorogun Michael Ibru, as they fight dirty over their late father’s multi-billion naira assets.

The sixteen children have filed suits and counter-suits over their father’s massive estate.

The prominent businessmen died September, 2016 at the age of 86.

In one of the suits by one of his sons, Oboden, at the Igbosere High Court, Lagos, he is seeking for a declaration, among others, that he and his 15 other siblings are entitled to the estate of their father.

In a counter-claim, one of the late Chief Ibru’s daughters, Janet Ibru, urged the court to declare that only persons whose paternity are confirmed by a diagnostics centre in the United States are entitled to an equal share of the estate.

Oboden’s suit was filed February 8 by Chief Bolaji Ayorinde (SAN) but has not been assigned to a Judge.

The claimant is seeking an order declaring that a Memorandum of Understanding (MOU) of January 2, 2001 is valid as to the distribution by way of gift of the late Ibru’s assets to both “Ovuone” and “Ivetu”.

He asked the court to declare that the properties listed in the MoU belong in their entirety to “Ovuone” being gifted jointly and several times to “Ovuone” in the lifetime of the late Chief Ibru.

The claimant is also seeking a declaration that the judgment delivered by Justice John Tsoho of the Federal High Court, Lagos on April 17, 2014 remains valid and subsisting, having not been set aside by any court of competent jurisdiction.

Oboden also asked for an order appointing himself, seventh defendant, Christiana, first defendant, Oskar and eighth defendant, Jero, as administrators of the Ibru estate and an order directing them to apply to the 16th defendant for the grant of letters of administration for the estate.

An order of the court appointing Messrs. PricewaterhouseCoopers Limited to conduct a forensic audit of the shareholdings and assets, whether real or personal, belonging to the estate of the late Ibru in Oteri Holdings and any other company in Nigeria or anywhere such may be located, discovered or found in the world and submit such report to the Registrar of the court within 90 days of the order and the cost of such exercise be paid by the administrators so appointed herein.

The claimant is seeking an order directing the administrators to divide the assets into 16 equal shares and that same be given to all the 16 surviving children of the late Ibru.

But in a counter-claim, eighth defendant Janet urged the court to declare that all matters pertaining to the estate be adjudicated in Nigeria as well as a declaration that she is entitled to a refund of all expenses, including the $48,000 incurred by her in defending the law suits of the second defendant.

Furthermore, she is seeking an order of the court directing the administrators of the estate of the late Ibru to refund to her, the expenses incurred in taking care of the late Ibru during the final year of his life.

You Won’t Believe This! Nigeria To Become 14th Largest Economy By 2050