Ijaw Youth Council Kick As Soldiers Arrest Ex-militants, Others Ahead Of Osinbajo’s Visit To Tompolo’s Hometown 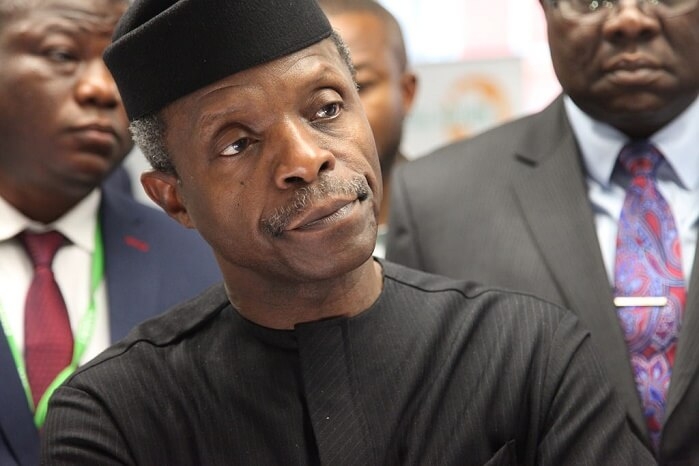 Tension is brewing in Delta state, specifically in the hometown of wanted ex-militant, Government Ekpemupolo AKA Tompolo, Gbaramatu Kingdom in Warri South-West Local Government Area ahead of Tuesday’s visit by Vice-President Yemi Osinbajo.

The Ijaw Youth Council (IJC) has expressed worry over the arrest of a top ex-militant leader, Mr. Bounanawei Smith, alias King of the Forest, and six others by men of Operation Delta Safe from his home.

The IYC in a statement by its spokesperson, Mr. Eric Omare, described the arrest as primitive and capable of fuelling restiveness in the region.

“The Ijaw Youth Council states that the Federal Government is inciting crisis in the Niger Delta by the continued invasion, arrest and detention of Niger Deltans, especially ex-agitators, without any justifiable reason. The latest of such invasion and arrest is the commando-style arrest of ex-agitator, Bounanawei Smith, alias King of the Forest,” the statement read.

It further stated: “Mr. Bounanawei was arrested in his guest house by military men while hosting some Ijaw Youth Council members. They invaded and ransacked the whole of his guest house and some of the IYC members who were with
him narrowly escaped death when the military officers shot sporadically into his apartment.

“The IYC condemn this naked, primitive and unwarranted display of force. It is on record that Mr. Bounanawei had since accepted amnesty and had been very active in maintaining peace and security in the Niger Delta especially in Delta State.”

The IYC recalled that the invasion, arrest and detention of Niger Deltans by the military had become a norm in the region.

“On January 1, 2017, while the entire world was celebrating the New Year, military officers invaded Gbaraun community, Southern Ijaw Local Government Area of Bayelsa State, shot into the community, arrested a youth leader, Kalami Inakemeduo, under the guise that he is a militant and he is being detained up till this moment.

“This is in addition to several other Ijaw youths languishing in military detention such as Aboy Muturu, Ezekiel Daniel, Victor Odogu (the IYC spokesman, Abuja chapter) and several others. These persons have been in the DSS and military detention for more than eight months without trial and no reason has been given for their arrest,” the statement added.

The IYC, in the statement, demanded immediate release of all ex-militants arrested by the security agents including Smith, Aboy Muturu, Ezekiel Daniel, Victor Odogu, Kalami Inakemeduo and other Ijaws in detention across the country.

Osinbajo is expected in Gbaramatu Kingdom as part of the peace moves of the federal government to halt militant activities in the area to meet its OPEC production quota which has seriously been hampered by bombing of oil installations by militants agitating for equity in oil resource allocation to the region.

JUST IN: Osinbajo Not Involved In Accident…He Stopped To Assist Victims – Aide