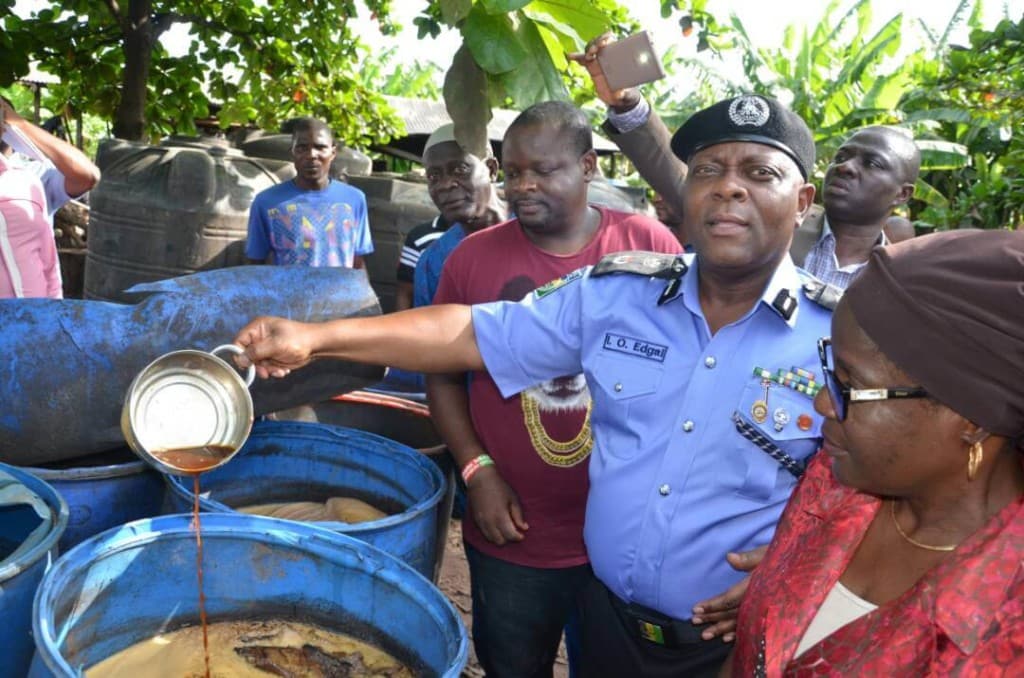 Five people have been arrested by the Lagos State Police Command in Egbe-Afa, Igbobo area of Ikorodu, after they discovered an illegal brewery where malt drinks and fake stout are produced.

The brewery was exposed on Wednesday by a team led by the State Commissioner of Police, Imohimi Edgal, who took newsmen to the crime scene.

Edgal, added that the suspects would be interrogated to know where the drinks are bottled and sold as he attributed the discovery of the brewery to the principles of community policing and partnership making it clear that the people of Lagos now have confidence in the police.

“You will recall that recently, an elderly man who was selling all sorts of fake drinks in Mushin was arrested.

“I am calling on Lagosians to be vigilant and to pass information, promptly, to their local Police, to ensure we identify places like this and destroy them because Lagosians can only be productive if they are healthy and most people who drink these things that are produced in the unhygienic environment cannot be healthy.

“The place is not National Agency for Food and Drug Administration and Control, NAFDAC-certified and the operators are not qualified to do so. This means that they are giving Lagosians poison.

“What is most worrisome is that they are bottling and canning it as if they are produced by reputable companies that deal on the product,” he lamented.

Meanwhile, the illegal brewery has been sealed and samples of the product taken to National Agency for Food and Drug Administration and Control (NAFDAC) for testing.