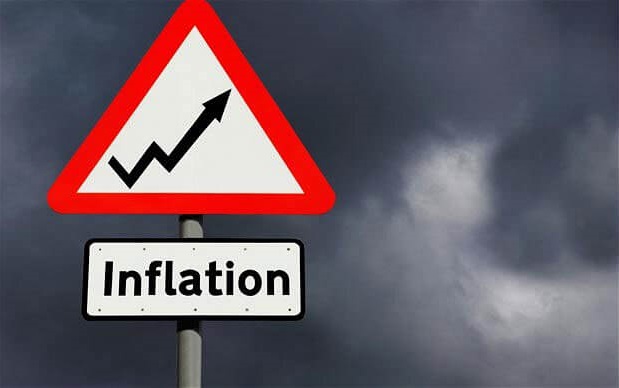 Despite the monetary tightening stance of the Central Bank of Nigeria which saw the apex bank raising the benchmark lending rate to 13 per cent for the first time since September 2020, the country’s inflation pressure has refused to abate.

Figures released by the National Bureau of Statistics on Wednesday showed that in May 2022, the inflation rate increased to 17.71 percent on a year-on-year basis. This is the highest rate so far recorded by the economy in the last 11 months.

The 17.71 per cent represents an increase when compared to the 16.82 per cent recorded in April 2022 which is the highest in the last eight months.

Experts have said that Nigeria’s inflation is driven by liquidity challenges in the forex market affecting access to manufacturing and other inputs, supply chain disruptions deepened by the Russian– Ukraine conflict.

“This means that the headline inflation rate slowed down in the month of May when compared to the same month in the previous year.

The NBS Report said that the urban inflation rate increased to 18.24 percent (year-on-year); adding that this is a 0.27 percent decline compared to 18.51 percent recorded in May 2021.

This rise in the food index was caused by increases in prices of bread and cereals, potatoes, yam, and other tubers, wine, fish, meat, and oils.

The NBS Report is coming barely 24 hours after the World Bank on Tuesday said that the current inflationary pressure will push additional one million Nigerians into extreme poverty by the end of this year.

The Bank in its latest Nigeria Development Update report, titled, “The continuing urgency of business unusual”, stated that the additional one million is different from the six million Nigerians that were already predicted to fall into poverty this year because of the rise in prices, particularly food prices.