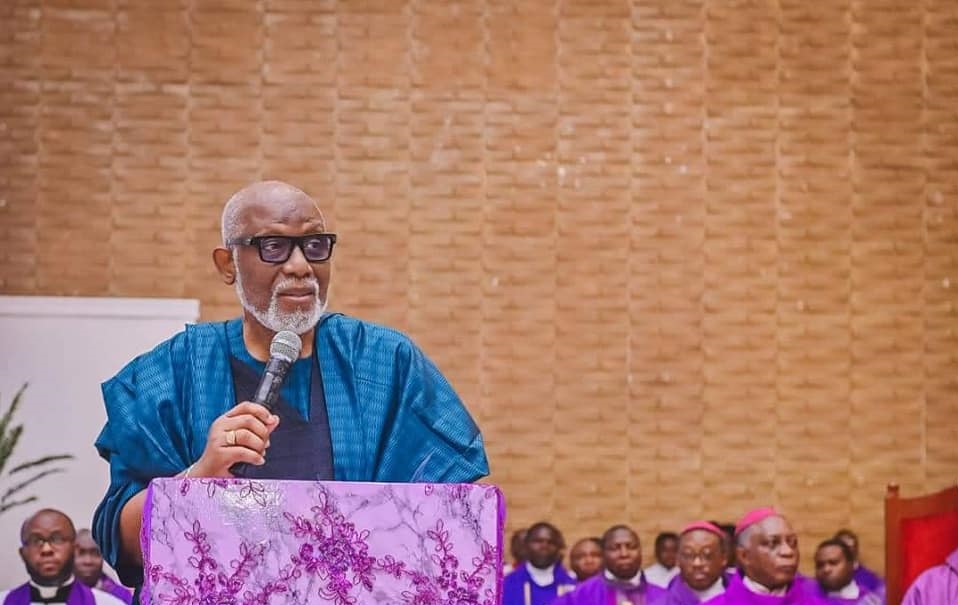 Ondo State, Governor Oluwarotimi Akeredolu, has directed that functional Close Circuit Television be installed for use in all private and public places in the state in order to curb security breaches.

The governor gave the directive in a statement issued by his Chief Press Secretary, Richard Olatunde, on Saturday.

The governor is said to have signed an executive order for the compulsory installation and use of CCTV and he vowed that the executive order would be enforced at all religious places of worship, financial institutions, event centres, as well as supermarkets.

Other facilities where the enforcement would be carried out include educational institutions, hotels, motels, guest houses, inns, restaurants, clinics and health centres, eateries, recreation or vehicular parks, and other places regularly used by the public.

The governor explained that the new policy became necessary due to the rising level of insecurity in the nation and the need to guarantee the security of lives and property at all public and private institutions and centers throughout the state.

He maintained that the directive was pursuant to Section 176 (2) of the Constitution of the Federal Republic of Nigeria which vested in the governor, the chief executive powers of the state.

The statement read, “That the installed CCTV devices apart from capturing all activities at the public/private institutions must also have data storage hardware and data stored therein should be made available to security agencies whenever it is required.

“That public/private institutions shall employ and maintain well-trained security personnel who shall man the entry and exit points to their various facilities/premises.

“That where necessary, the owners and occupiers of public/private institutions shall erect a well fortified perimeter fence with a security post at the entry and exit points.

“That this Executive Order shall be enforced by all security agencies particularly the Nigeria Police, Nigeria Security and Civil Defence Corps (NSCDC), Ondo State Security Network Agency (Amotekun) and the Department of State Security Services (DSS).”

The statement further revealed that the violators of the order will be prosecuted in accordance with Section 203 of the Criminal Code (Cap. 37) Laws of Ondo State of Nigeria.

Recall that some terrorists invaded St Joseph Catholic Church Owo, Ondo State and shot dead about 40 worshippers and injured many during a Sunday mass.