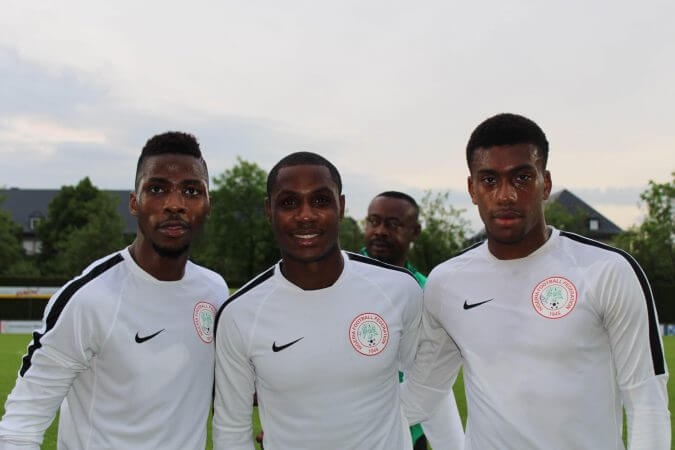 Coach Salisu Yusuf named six changes to the side that beat Mali in Rouen last week as he brought on Ideye, Daniel Akpeyi and Kenneth Omeruo in place of Ighalo, Carl Ikeme and Leon Balogun respectively.

The Eagles dominated their host in the first half and were rewarded with in the 35th-minute was on hand to tap home his first international goal in three years as the striker pounced on a saved shot by Ogenyi Onazi.

Nigeria doubled their advantage just after the hour mark when Simon turned provider for Iheanacho to tap home from close range.

The hosts pulled one back in the 90th – minute when Thill capitalised on a defensive slip-up from the Nigerian defence to spark wild celebrations across the stadium.

However, the Eagles consolidated their two-goal cushion in injury time, as Odion Ighalo slotted home after good work by Iheanacho.

This was the first time Nigeria played the Red Lions of Luxembourg in a senior international level.

“I can say that now, we have a young and ambitious group that we can be proud of. With the exception of two or three people, this is the Super Eagles’ team going forward. I am happy at the output of the squad in these two matches,” said Chairman of the NFF Technical and Development Committee, Barrister Chris Green.

“I am also happy about the technical crew. The changes they made in both matches turned both games around. The NFF will ensure that the coaches get good exposure and necessary education to become even better managers

Green, who watched the match alongside NFF Executive Committee members Ahmed Yusuf Fresh and Sharif Rabiu Inuwa added that the focus of the NFF is now on the 2018 FIFA World Cup qualifying series starting in October.

“Yes, we see this team as the nucleus of the squad that will prosecute the FIFA World Cup qualifiers. For sure, the NFF will ensure that we make good use of the FIFA windows before then,” he said.
With Back-to-back wins in their last two friendly games, the Super Eagles will be positive ahead of this month’s 2018 World Cup draws.