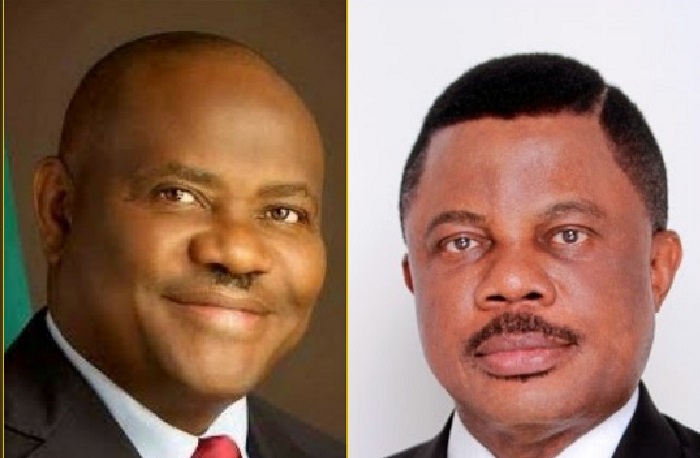 Governor Nyesom Wike of Rivers State and his counterpart from Anambra, Chief Willie Obiano, masterminded the arrest of the leader of the Indigenous People of Biafra, Nnamdi Kanu, in Kenya, a statement from IPOB said Thursday.

IPOB’s spokesman, Emma Powerful, alleged in the statement that the governors offered to aid the arrest of Mr Kanu.

The statement also accused Dr Chris Ngige, minister of labour and employment, and an Igbo businessman, Chief Emeka Offor, of playing keynroles in the arrest.

The group said “The Indigenous People of Biafra (IPOB), ably led by Mazi Nnamdi Kanu, has uncovered those behind the betrayal of our leader Mazi Nnamdi Kanu to the government of Nigeria through the collaboration of the Kenyan government and its secret services, ” and named Wike, Obiano, Igbo businessman, Offor and Ngige as the conspirators.

The group alleged that Chief Offor also planned to establish another Radio Biafra worth N250m to counter the agenda of Kanu’s agitation.

Efforts to get the reaction of the four leaders before going to press were unsuccessful as none of them could be reached on their phones.