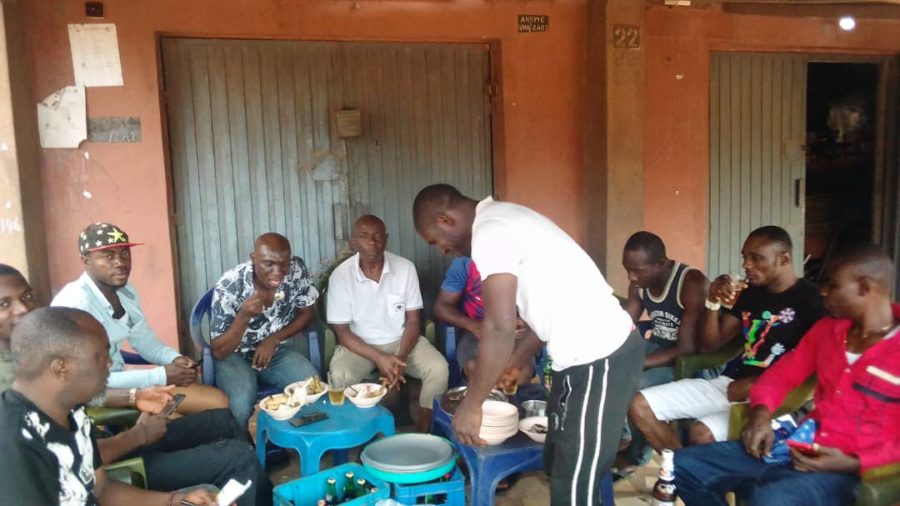 Despite complaint that the sit-at-home declared by the Indigenous People of Biafra(IPOB) on Mondays was crippling the economy of states in the South East, some residents of Onitsha in Anambra State now spend the day to enjoy themselves  at home.

A cross section of the residents told THE WHISTLER that they throw parties on days declared for sit-at-home in solidarity with Nnamdi Kanu who is still in detention.

A spare parts dealer who gave his name as  Ojiugo,  said he loses millions of naira everyday he sits at home, but strongly believed that the sit-at-home was necessary to pressure the government to release Kanu who he said is fighting for all Igbo.

“We are having fun here,  every Monday we contribute money and kill two goats with a lot of drinks so it has become part of us already”, he said.

Mr Alaowerri,  a beer parlour owner,  said” I now make more sales on Mondays than other days. Infact,  the way the people celebrate this sit- at- home I’m not sure it can be stopped here if Kanu is not released. I think government should dialogue with the IPOB if they can dialogue with bandit that shot down a military jet.”

A resident of Nkpor Agu who did not give his name however said the people of Anambra would come out for the November 6 election to prevent the Federal Government from  “stealing” the state.

“We had that the federal government (APC) has perfected all plans to  impose their candidate on the Anambra people the same way they did in Imo State but my people are wiser , we shall come out on Saturday and vote for the candidate of our choice,”he stated..

IPOB had declared every Monday a sit- at- home day across states in the south east to press for the release of their leader.

Although the group claimed it had suspended the order, some elements continue to enforce it.

Facebook Whistleblower: Mark Zuckerberg Asked To Step Down As CEO