It Was Guangzhou For Nigerians In China, But Now Yiwu 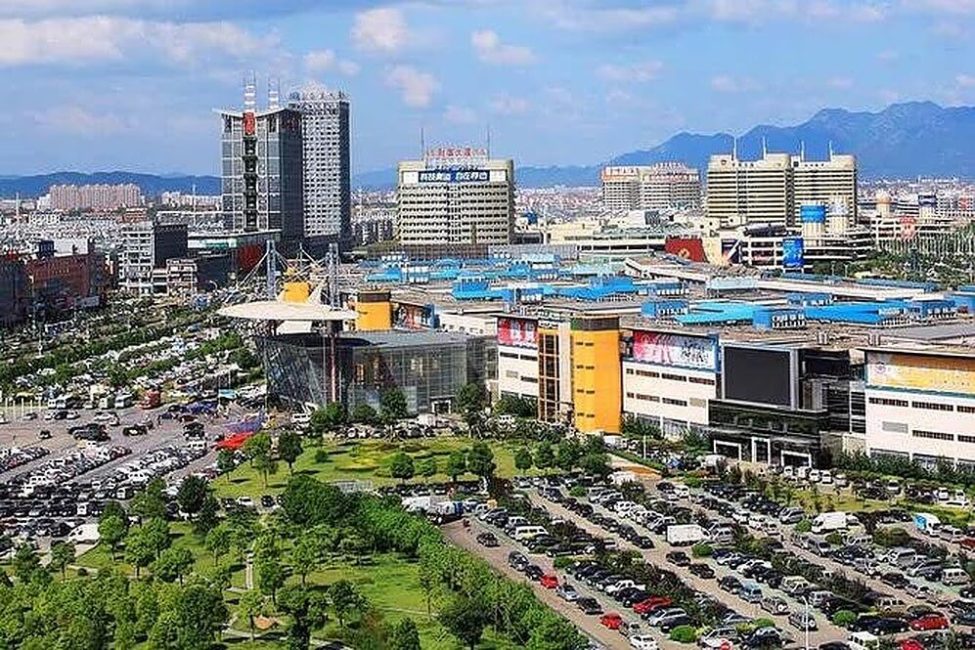 Guangzhou, China, once a stronghold of ‘Little Africa’ and the site for numerous scholarly studies, particularly of Nigerian traders who make up the bulk of African migrants in China, has noticeably hollowed out in recent years. Today, the infamous African population in Guangzhou conspicuously shrank from an estimated high of 100,000 residents in 2012 to just under 5000 in 2020. So where are Africans in China going?

While discriminatory COVID policies, increasing cost of living, and diminished purchasing power in Guangzhou have pushed some Africans to return home, others are not leaving China just yet. Africans are reportedly moving to other cities, notably Yiwu. Yiwu boasts the world’s largest small commodities market – attractive as a mecca for the global export of low-cost goods. Incomparable to Guangzhou in its heydays, Yiwu is home to 3000 African residents as of 2018.

While the recent influx of Africans may be new to Yiwu, those Nigerians already present are intimately familiar with life in China. I focus on Nigerians (Igbos, to be precise) as they were prominent figures in the market who shared their stories with me as a Ph.D. student interested in Africa-China trade.

In Yiwu, the majority of Nigerians are young men between 20-35 years old. Some initially arrive as students and subsequently undertake employment. A double life emerges as tuition often costs more than they expected, living expenses are greater than what they can afford, or scholarships are less than what they need. Other young Nigerian men acquire student visas for want of longer stays in China for trading, as business visas are costly and shorter in duration compared to a typical six-month student visa. But this distinction is blurred as those who are genuine students spent significant portions of their day earning money while traders are compelled to attend classes as a condition of their student visa.

For the ‘fake’ students, the peripherality of study does not obscure the centrality of acting like a student. Early mornings entail the doldrums of performance: pressing their fingerprint on the glass surface of a black box to confirm their attendance. Such necessary trips to school choke off the mornings and afternoons and prevent more profitable trips to the market or shifts in the office. Each semester commences with the discussion of the minimum attendance requirements and inaugurates new calculations of the number of days traders must suffer through classes to maintain their good standing when their visas are up for renewal.

For the ‘real’ students, the fact that their visas prohibit employment does not constrain their eagerness to work as translators, traders, office workers, shipping agents, English teachers, security guards, DJs, dancers, singers, and gym trainers. For Nigerians, existing financial pressures are compounded by a decision of the Central Bank of Nigeria to float the naira on June 20, 2016, precipitating the swift loss of about 30% of its value against the US Dollar. The naira has yet to recover and has fared worse since.

Reverberations of monetary policies in Nigeria left few unscathed citizens abroad as family finances tightened and aftershocks were felt across China. For example, Chinaka, a 26-year-old student arrived in Yiwu in the summer of 2017 with the promise of a job as a laborer. The fact that his father could no longer send money put him in the company of thousands of Nigerians studying abroad at the time, some stuck overseas in penury while others returned home out of prudence. However, the demands for self-sufficiency soon transformed into a desire for profit-making as Chinaka juggled multiple opportunities. While not all potential ventures were of equal status or pay, it was not their lack that marked his time in Yiwu.

There are still other young men without valid visas who navigate the city with furtive stealth. The situation, however, is never so dire as to demand permanent ensconcement to secure their stay. The nature of policing in Yiwu is selective. Nigerians can and do participate in regular trading activities like visiting the markets, warehouses, or shipping companies and accompanying their customers to dinner. Merriment abounds as people participate in boisterous football tournaments collaboratively organized with the city and attend officially sanctioned events in new luxury hotels monitored by security cameras. Thereafter, photos might be uploaded to their WeChat accounts, a platform notorious for its accessibility to state surveillance apparatuses.

Such possibilities do not deny the regularity of policing practices: bank accounts are frozen, laptops checked, passports inspected, and restaurants raided. However, most Nigerians cheerfully revel in the relative ‘freedom’ of Yiwu compared to Guangzhou. Paradoxically, one reason to explain the city’s permissiveness is that Yiwu lacks the same concentration of Africans found in Guangzhou. Sparsity and visibility amid the majority Han Chinese population in Yiwu effectively deflect greater scrutiny compared to Guangzhou, where staying together draws unwanted attention.

So, what does the recent influx of Africans to Yiwu mean for its current residents? What changes might take place? Such a dynamic has yet to be determined, however, to do so begins with charting the ever changing nature of people’s experiences in China.

Jing Jing Liu is a Postdoctoral Research Fellow in the Department of Economic Experimentation at the Max Planck Institute for Social Anthropology, Halle, Germany.

Peter Obi As President ‘Is Not Going To Happen’- Ned Nwoko

Omicron: How Politics Infested A Virus, By Dakuku Peterside

Striking The Soul Of The Nation, By Dakuku Peterside

The Race To A COVID-19 Vaccine – Africa And Vaccine Nationalism

The Ripple Effect: How COVID-19 Is Sending Waves Across The Health System