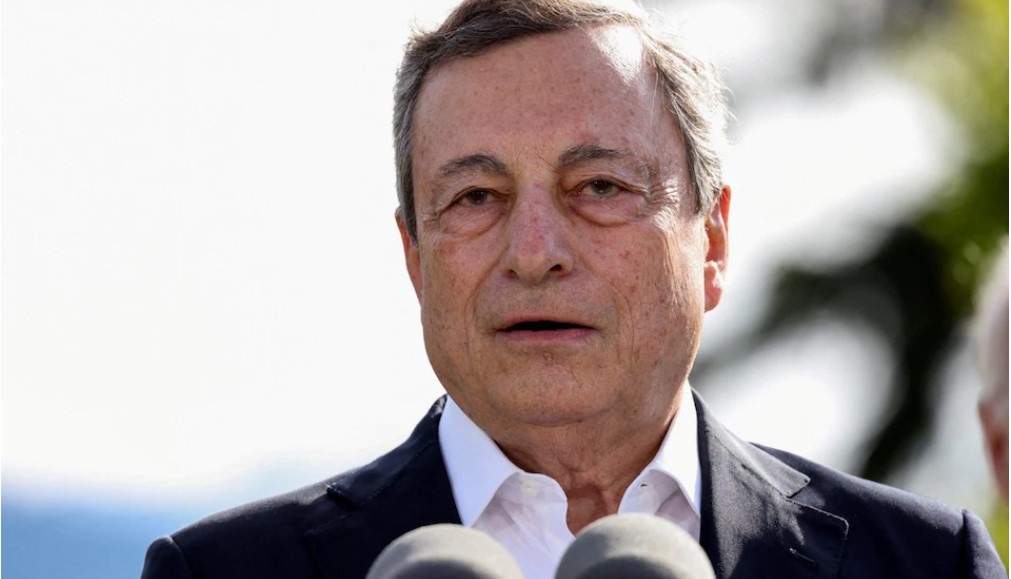 The Prime Minister of Italy, Mario Draghi, on Thursday, resigned due to a boycott and protest by a political party (5-Star movement) in his coalition government in Rome.

The 5-star Movement, which is the largest party in the Italian Parliament, boycotted a confidence vote by the parliament.

The confidence vote bordered on whether Draghi should continue to lead amidst the high cost of living in Italy.

Although the other lawmakers who voted favored the PM, he said he could not remain in office with a major coalition showing their disproval of his government.

PATHETIC: Nigerian Murdered In Italy Was Killed With Crutches He Used To Walk, Says NIDCOM

Reaction As Nigerian Man Beaten To Death In Italy

“I will tender my resignation to the president of the republic this evening.

“The national unity coalition that backed this government no longer exists,” he said, as quoted by Telegraph UK.

The 5-star movement has accused the PM of having no clear blueprint to save the country’s economy.

“None of our proposals were accepted. We have not been allowed to amend the text in any way. Nothing to unblock the assignment of credits, nothing on the price of energy, nothing on contracts, nothing on wages,” Senator Mariolina Castellone who belongs to the movement told the senate.

It is now left for the Italian President Sergio Mattarella, to either decline or accept Draghi’s resignation.

ICPC To Investigate Use Of Covid-19 Intervention Funds By MDAs

JUST IN: ‘Sad Day’ In Italy As Ambassador Killed In DR Congo – Minister

Covid-19: Riots In Italy Over Restrictions To Contain 2nd Wave