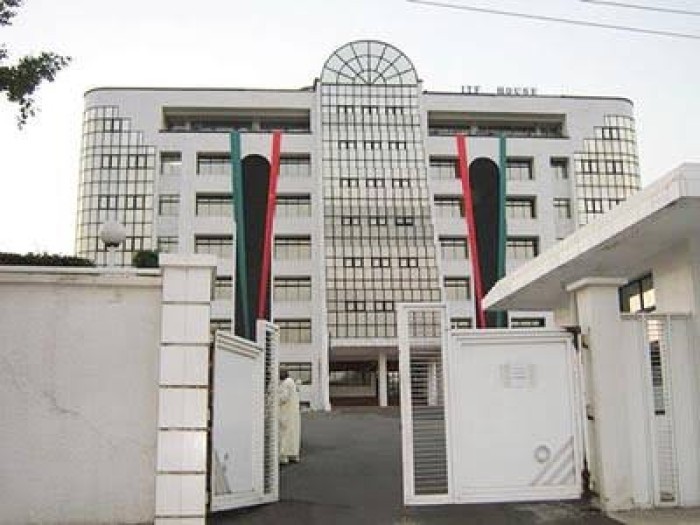 The Director-General of ITF, Joseph Ari, showcased the indigenously produced phone at the opening of the Physical/Virtual 12th National Council on Industry, Trade and Investment in Abuja.

The ITF boss said together with its trainees from its Model Skill Training Centre located in Abuja, it was able to produce its first 4G cell phones with all the components obtainable in any mobile unit.

The phone has an inscription on the package which reads thus “ITF Mobile Developing the Nation Human Race Source, Proudly Nigeria’’.

He said the fund had been directed to produce seven phones to be presented to President Muhammadu Buhari while another one to the Vice President, Prof. Yemi Osinbajo.

He added that the two ministers and Permanent Secretaries of the Ministry of Industry, Trade and Investment and Ministry of Communications and Digital Economy would also be presented the phones.

Ari noted that the model skill centre went into collaboration with the Singapore Institute of Technical Education and Services which focused on modular form of training.

The DG said this had produced many trainees from the collaboration and just concluded the training of the staff from Local Content Board and over 400 staff of the Nigerian Army.

“Each of the trade areas consist of eight modules, but even if a trainee attends the first and second module such a trainee is set for the world of wealth experience,’’ he said.

According to him, the ITF is working with the Standards Organisation of Nigeria to ensure that all the products are produced according to standard.

“This is in line with the Federal Government policy of Executive Order 5, I present the phone for onward submission to the President,” he said.

ITF is an agency under the Ministry of Industry, Trade and Investment, established in 1971 to promote and encourage the development and acquisition of industrial and commercial skills required in various industries across the nation.

Our Partnership With NECA Has Produced 12,603 Highly Skilled Technicians—ITF DG