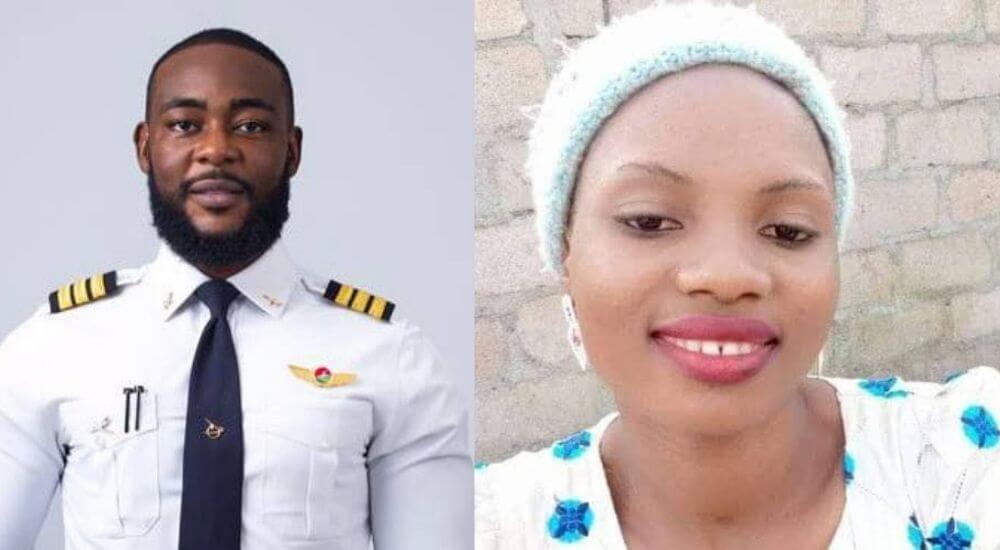 An aircraft pilot, Captain Jamil Abubakar, has been disowned by Kano based Azman Air over comment supporting the killing of Deborah Samuel by her muslim course mates in Sokoto State.

Abubakar is a son-inlaw to Africa’s richest man Aliko Dangote.

THE WHISTLER had reported that Deborah who was a student of the Shehu Shagari College of Education (SSCOE), in Sokoto, was killed and burnt on Thursday, May 12, by some Muslim course mates over alleged blasphemy.

Deborah’s death caused reactions among Nigerians which led to diverse statements and opinions flying over the Internet.

Abubakar while defending the actions of the muslim students said the Quran and other religions support killing as a punishment for blasphemy.

He wrote,” In Islam we respect the Injil, Taura, Zabur, we were never taught to disrespect any of the book, or any of the prophets From Adam to Muhammad SAW & the Quran.

“The punishment for Blasphemy is DEATH! in most religions including Christianity. Respect Peoples religion it’s simple.”

But the Airline said Abubakar’s last flight with Azman was two years and five months ago.

“Capt Jamil Abubakar is no longer a pilot @AzmanAir; his last flight with us was 22nd Dec 2019. We refuse to take responsibility for a comment or view of a former staff. The General Public should kindly take note.,” the Airline said.