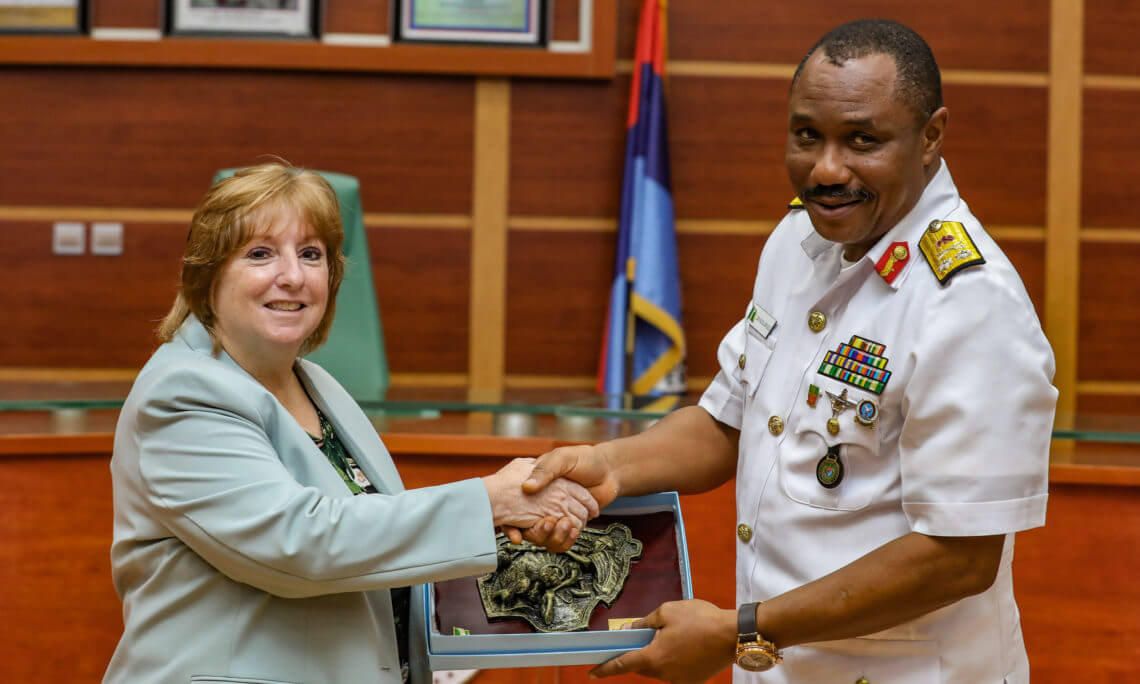 A joint delegation of 13 U.S. military flag level officers and two U.S. government senior executives have been visiting Nigeria as part of a two-week “Capstone” tour that also took them to Angola, Algeria, Djibouti, and Germany.

On August 6, the delegation, led by senior fellow U.S. Marine Corps General John M. Paxton, Jr. (rtd.), visited the Nigerian Defense Headquarters to meet with their Nigerian military counterparts and to express their appreciation for their enriching visit to Nigeria.

Cultural events help fellows gain a greater understanding of the countries visited and this group is one of three cohorts from the same class.

“Success on the battlefield requires knowledge of military doctrine, the ability to operate in coordination with allied forces, and a global perspective on the part of senior government and military leaders to execute their strategic plans,´´ said a statement from the US embassy in Abuja sent to THE WHISTLER.

On this basis, the Goldwater-Nichols Department of Defense Reorganization Act of 1986 rendered the Capstone program mandatory.

The U.S. government’s strategy for Africa focuses on three core objectives, which include advancing trade and commercial ties with key African states, protecting the United States from cross-border health and security threats, and supporting the progress of key African states towards stability, citizen-responsive governance, and self-reliance.

In pursuit of these objectives, the United States said it continues its commitment to help African governments, including Nigeria, to defend themselves against terrorism.

This strategy helps build the capacity of local security forces and institutions to improve their ability to counter terrorism, transnational crime, illegal trade in narcotics, human trafficking, and illicit exploitation and sale of natural resources.