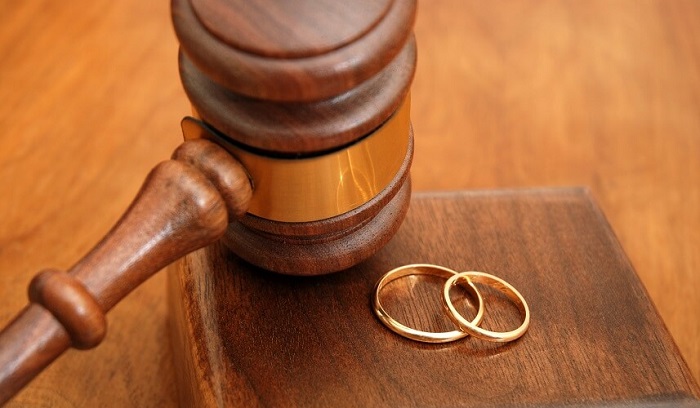 On July 5, a woman and her estranged husband’s lawyer sat in different row inside the High Court of the Federal Capital Territory sitting in Abuja.

The woman, through her lawyer, Onyeka Mbakwe, told the court her client wanted to officially end her marriage.

The lawyer explained that his client and her husband had separated since 2016 but were looking for a legal dissolution of the union as well as a verdict on how their children would be raised.

The presiding Judge, Kezziah Ogbonnaya, asked the woman the whereabout of her husband.

She got up from her seat with a frown on her face and told the Judge she would not know because he was fond of traveling!

The Judge stared at the woman in disbelieve, and facing the court like a cleric on the pulpit,  wondered why married couples cannot manage their differences and find ways to get along instead of rushing to court with divorce suits.

It was a question she did not expect anyone to answer in court, but rather take home. She sermonized to the crowd in the court to be wary of divorce because there is no perfect partner anywhere, and that taking such steps can jeopardize the lives of children.

Frank Tietie, a legal practitioner who has handled several matrimonial cases, spoke to THE WHISTLER why many marriages are ending in divorce, including that of wealthy and comfortable couples.

Tietie, who is Executive Director of Citizens Advocacy for Social and Economic Rights(CASER), told THE WHISTLER that many spouses, even those in high level of comfort, find it difficult to tolerate some of the bad habits of their partners such as infidelity.

“Most marriages by successful people are falling apart on the basis of – first, unfaithfulness, separation (mental, emotional, physical), then ultimately, sexual liaisons with other parties other than the person they are married to; that is what we have recorded from our practice in many of the divorce cases we are currently handling in court,” he said to our correspondent.

Tietie explained that some successful married partners who want divorce are so occupied with their personal aspirations and goals to a point they neglect their marital commitment and take temporary solace in other persons that they come across out there.

“Successful people make the mistake of trying to marry other successful people. Often times, it creates a lot of frictions because you have two independent people pursuing independent dreams, goals and aspirations and the goal of marriage is never achieved because marriage is supposed to be building into unity as one.

“So when these individuality is increased and nurtured, either of them begin to get attracted to other persons who are careful, loyal, supportive; rather than the person that they married and they pursue his or her own goals and abandon the goal of concentrating on each other.

“The natural attraction now leaves the married couple to that outsider…in the case of men, they call them side chick; in the case of women, the person that gives her attention. That often leads to marital infidelity that leads to what is referred to as adultery and when it happens, they will either manage it or wait to approach divorce or proceed to divorce,” he said.

He explained that from the cases his firm has handled so far, people have false assumption that it is wealth and supply of basic necessities that ensures that their marriage succeeds.

“…Those are important…a marriage only succeeds because the two persons who married decided to stay and to continue to be married,” he added.

The legal practitioner was of the view that people should see marriage as a life-time contract.

“People should not be quick to marry, people must decidedly marry for strategic reasons, one of it includes the understanding that they will remain as couple.

“And the idea of love must be played down because love is fickle; it is like the weather that changes with circumstances. It is the couple’s strategic engagement with each other , on reasons why they will marry, on what they expect from the marriage, on what they don’t want from the marriage…they have to enter with understanding of a sense of contract before they move on to emotional issues like attraction , duty and sexual compatibility,” he said.

On her part, a certified marriage counsellor and President of the God’s First Lady and Royal Men Interdenominational Ministry International (GLOFLIMI), Sarah Chris Abraham, said that marriages of rich people can crash due to the arrogance of the partners involved.

She said that when partners feel they can take care of themselves, they  may begin to fail in their responsibility to their partner, and as such, divorce keeps knocking on their homes.

“One is pride and under pride … when you have one among them that is not as rich as the other , he or she will cooperate because they know they will be dependent… the moment you know that you are not dependent on somebody, the marriage will never work.

“Pride is number one, that is, a woman finding it very difficult to submit to the man while the man, because he wants that authority or lordship over the woman, he will not cohabit with her until she submits.

“Traditionally, culturally, a man desires respect, it is already imbibed in him and even in education, where both partners are educated and are arrogant about it, nobody will want to bring down themselves, especially when they can take care of themselves, their kids, it more or less not being married,” she said.

Abraham said that the commitment to career, business or work can take the place of intimacy in the home thereby endangering the lifespan of the marriage.

For wives, Abraham said attention is the major thing the female partner needs from her husband.

“And most of them don’t even have time for each other, so you find out that they are like roommates, after work, they come home, eat and everybody goes…there is no intimacy… and when it continues, the marriage will not last. Marriages thrive on intimacy but before such people can be intimate, they must learn to spend time together, most of them don’t spend time together at home. They just do their work and travel without thinking of coming home.

“Having money does not give complete satisfaction. Most men drop money for their wives, but money does not take the place of affection and love. Money cannot buy intimacy. And that is why you find most of them having extra-marital affairs…she ends up with the driver, security guy or the person working at home.

“Attention also, most of them don’t pay attention to each other and that’s why the children are also suffering emotionally. They don’t have a father or mother to talk to, they bring in nanny,” she said.

She also observed that marriages can degenerate to divorce when there is lack of communication.

“Then, communication, most of them won’t say what they feel is wrong, the man and woman will be quiet, and nobody will talk. When you communicate, no matter how bad it is, learn to dialogue, it solves a lot of things,” she said.

Osinachi Nwachukwu: How To Get Justice If Your Spouse Beats You

PDP Has Outlived Usefulness In The South– Hon Edeoga

INEC Officials To Undergo Security Training Ahead Of 2023 Election