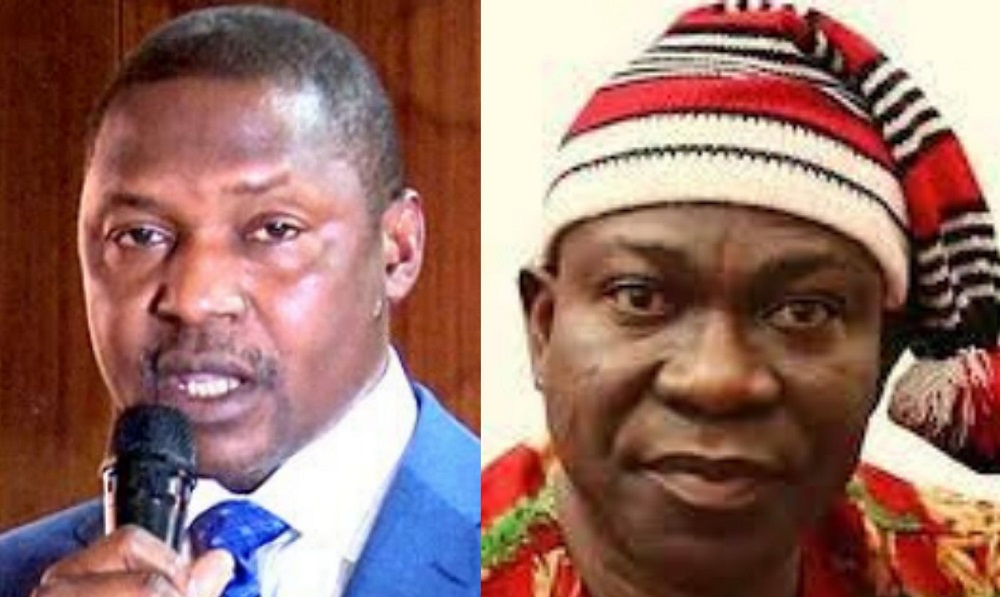 The Federal High Court sitting in Abuja has ordered the National Identity Management Commission (NIMC) to transmit the Certified True Copy (CTC) of the biodata information of David Nwamini Ukpo to the Attorney General of the Federation for onward transmission to the United Kingdom where Senator Ike Ekweremadu is facing alleged organ harvesting charges.

Recall that following the Senators arrest by the London Metropolitan police, Adegboyega Awomolo, SAN, had on July 27 urged Justice Inyang Ekwo to order the release of certain official documents of Ukpo domiciled with NIMC, Nigerian Immigration Service and Stanbic-IBTC Bank for the purpose of effectively defending Ekweremadu in the UK.

The prayers were granted by the Justice Inyang Ekwo.

But on Wednesday, NIMC lawyer, Muazu Mohammed told the judge that the Commission’s rules of engagement do not allow it to give BioData of persons to private citizens.

He added that based on the NIMC law, such information should be first handed over to the AGF.

Awomolo did not oppose that submission by Mohammed, adding that the AGF has diplomatic line of communication with UK authorities.

As such, Justice Ekwo held , ” the First respondent ( NIMC) is hereby ordered to supply the information or BioData of David Nwawini Ukpo which is in possession of the Commission to the AGF for onward transmission to the relevant courts in the United Kingdom.”

The UK Court had fixed July 7 to determine if Ekweremadu will be transferred to Nigeria for trial.

UK prosecutors alleged that the Nwamini in question is a 15 year old child who was approached by the senator on the streets of Lagos for the purpose of getting him to donate one of his kidney to Ekweremadu’s child.

But the senator insisted that the Nwamini is 21 years and he had followed due process in bringing him to the UK.

BREAKING: Peter Obi Hits Back At Kwankwaso: ‘Your Promotion Of Ethnicity, Religion Reasons Why 100m Nigerians Are Poor’

Senate In Closed-Door Session Over Ekweremadu, Despatches Delegation To UK