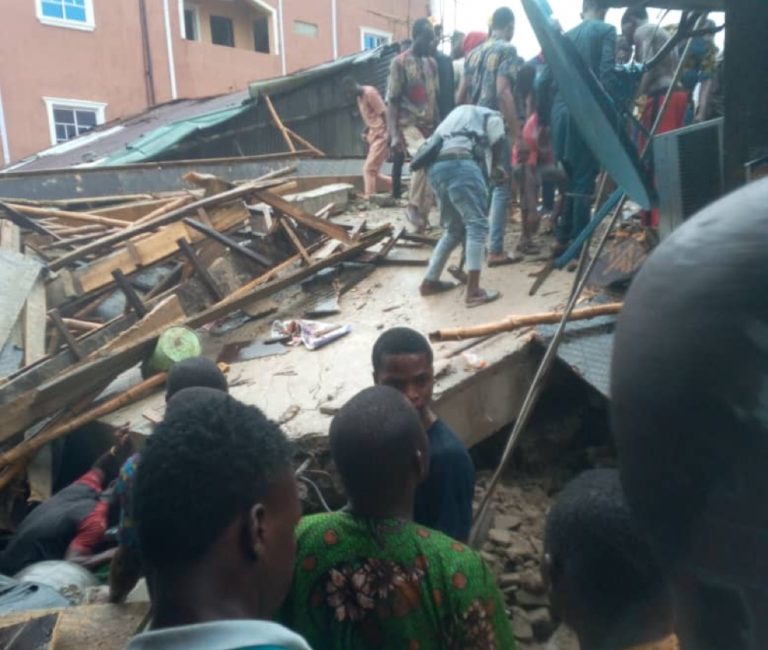 Another building under construction has collapsed on the Lagos Island area of Lagos State.

One person was reported dead in the incident which happened on Saturday, some days after a similar incident happened at Ebute Metta area of the state

Some victims were also said to have been rescued alive but the number of the affected person’s could not be immediately ascertained as at the time of filing this report.

It was gathered that the building located at Freeman Road, Lagos Island came down after heavy rainfall in the area.

The Acting Coordinator, South West Zonal Office of the National Emergency Management Agency, confirmed the development to THE WHISTLER on the telephone.

He said, ” Rescue work is going on now at the scene. Three persons have been rescued alive and one dead.

” Rescuers are busy with the work. We are all there and working to rescue more victims.”

Recall that 50 persons were killed when a 21-storey building on Gerard Road, Ikoyi collapsed on November 1, 2021.

In the three-storey building which collapsed on May 1, 10 person’s lost their lives.