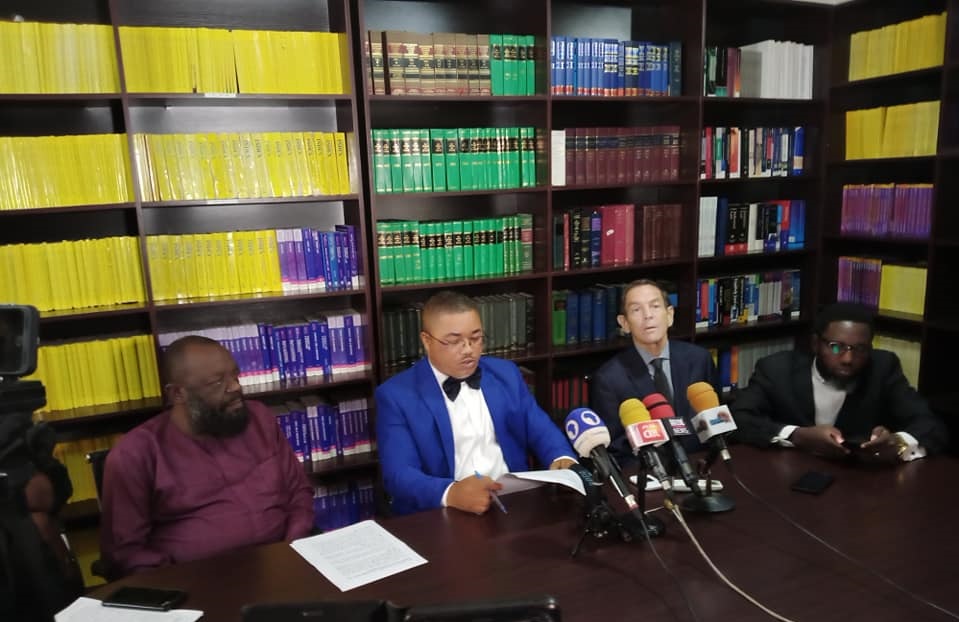 Nnamdi Kanu’s lead counsel, Ifeanyi Ejiofor, has filed an objection to the seven-count amended terrorism related charges instituted against his client at the Federal High Court sitting in Abuja.

Kanu is the detained leader of the Indigenous People of Biafra, a group seeking secession of the South-eastern region from Nigeria.

THE WHISTLER earlier reported that the IPOB leader will be re-arraigned before the court on Thursday on a seven-count amended charges filed by the federal government.

Kanu was initially being tried on treasonable felony.

But Ejiofor announced during a press briefing at his office in Abuja on Wednesday that he has filed an objection to the recent charges.

“This press briefing became compelling against the backdrop of the seven-count smokescreen Amended Charge filed against our Client last week Friday, after waiting for the over-advertised/hyped amendment for over three (3) months.

“Further note that our Objection to the competency or otherwise of the newly amended 7-count charge is now before the Court, and we believe most strongly that there shall be light at the end of the tunnel,” Ejiofor added.

October 21 is the next adjourned date for Kanu to appear in court, as ordered by Justice Binta Nyako.

Furthermore, Ejiofor urged the IPOB leaders’ supporters to be law abiding while advising security agents not to harass anyone in or around the court premises.

“The Security Agents should avoid any situation that will result to any form of maltreatment to the Lawyers in court (whose constituency is that very court), the media, or those that will be attending Court in solidarity with our Client,” he said.