Just In: Sergio Aguero Diagnosed Of ‘Cardiac Arrhythmia’ After Complaining Of Breathing Difficulty 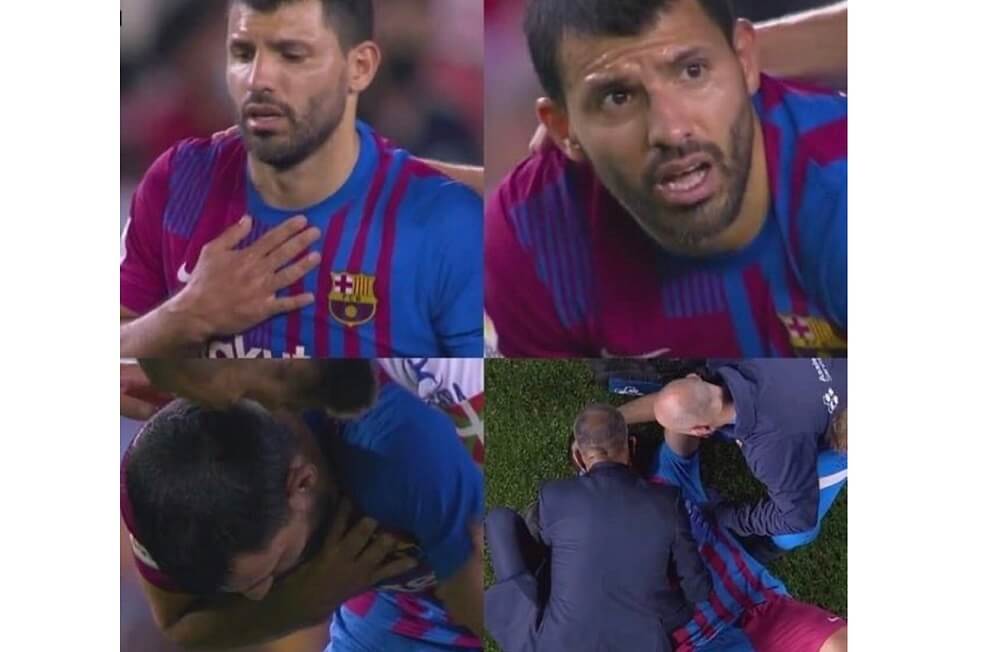 Barcelona began a new life with interim coach Sergi Barjuan after Ronald Koeman was sacked by being held to a draw by Alaves on Saturday night.

The match which ended 1:1 saw the 33-year-old Argentine withdrawn before half-time and taken to hospital after suffering “chest discomfort” at the Nou Camp.

Barcelona, confirming the development tweeted, “@aguerosergiokun reported chest discomfort and has been admitted to the hospital for a cardiac exam.”

Barcelona coach Barjuan after the game revealed that “He [Aguero] told me he was a little dizzy. I have found out now that they have taken him to the hospital to see what he really has. I do not know any more.”

Raheem Sterling @sterling7, his former teammate at City tweeted, “Stay strong my brother @aguerosergiokun, we’re all with you. Get well soon.”