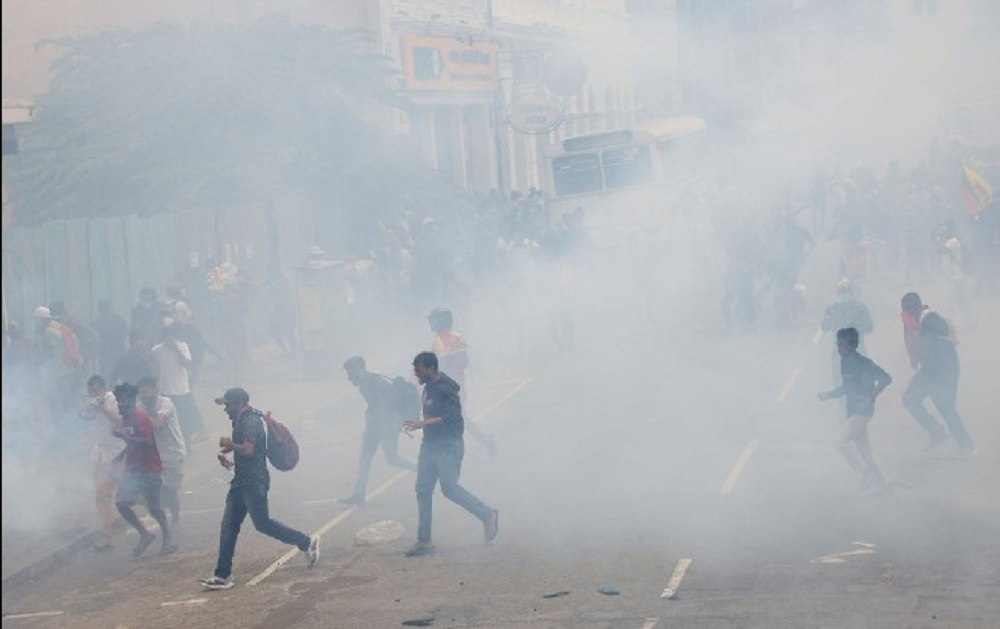 Sri Lanka protesters, in their thousands set the private residence of Prime Minister Ranil Wickremesinghe on fire but the PM fled to another location.

Protesters are insisting that he and President Gotabaya Rajapaksa must resign for plunging the nation into economic crisis.

The PM office said he will listen to their yearnings and resign but the angry citizens have already entered and besieged the presidential place.

Parliamentarians in the South Asian country are already making moves to set up an interim government.

Reuters reports that several opposition parties have also called for Rajapaksa’s resignation.
Security forces could not contain the mob that showed up at the presidential palace.

African-Americans Set For Igbo World Festival In US

Inspector-General Of Police Resigns Over Killings