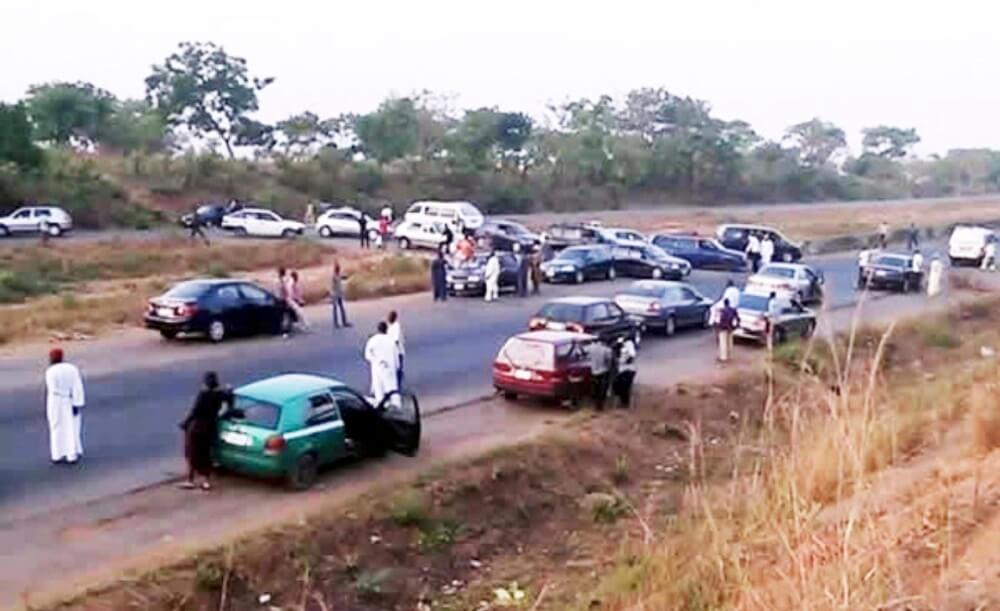 Terrorists have reportedly abducted an unspecified number of the commuters along the Abuja-Kaduna road on Tuesday.

Reports stated that the presence of the assailants had led to a standstill on the highway.

Similarly, a counterterrorism expert @mobilisingniger also tweeted on Tuesday saying, “JUST IN: Reports confirmed that Bandits attacked commuters at Katari along Kaduna – Abuja expressway number of persons were Kidnapped as about 5-6 buses were empty. The security agencies are currently on ground”.

This incident occurred 50 days after terrorists abducted no fewer than 62 passengers from an inbound Kaduna-Abuja train after detonating an explosive on the railway track.

The kidnap also comes barely 24-hours after the Nigeria Railway Corporation announced resumption for May 23.

THE WHISTLER had contacted the Kaduna State Police Spokesperson, Muhammad Jalige, for details of the incident but all calls placed to his phone lines were not answered.

Train Attack: ‘We Are Not Scared, Only God Knows When Death Will…