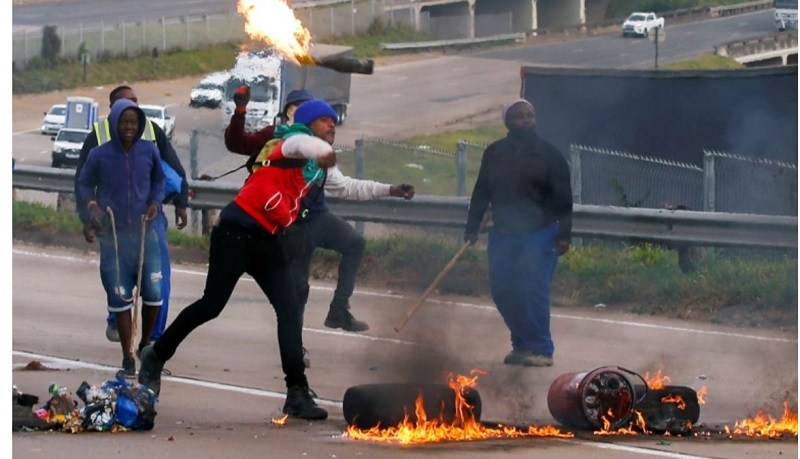 The United States Consulate General in Durban, South Africa, on Monday, issued a security alert and ordered closure of its office during normal business hours due to demonstrations and crime in the city.

Durban is a city in KwaZulu-Natal province in eastern South Africa.

According to an official statement by the US mission, businesses are being attacked and more would be most likely looted in the city.

It noted that the government had failed to contain the demonstrations.

“Unrest and protest are expected today throughout KwaZulu Natal and in Durban’s central business district. High levels of criminal activity have been reported. Roadblocks and debris have been identified on many roadways. The situation throughout many areas of the province is unstable and authorities are not able to respond to all events,” the statement partly.

The US mission in Johannesburg had also advised people to be wary of moving about following pockets of protests.

AFP reports that supporters of former South African president Jacob Zuma, who are asking for his immediate release, have taken laws into their hands by “protesting his imprisonment, burning trucks, commercial property,”

THE WHISTLER reported that the country’s constitutional court had on June 29, sentenced Zuma to 15 months in jail having found him guilty of contempt of court.

Justice Sisi Khampepe had noted that Zuma violated the rules of court when he failed to appear before a commission of inquiry as ordered by the court.

Amid his detention, he was expected to appeal the verdict at the apex court.