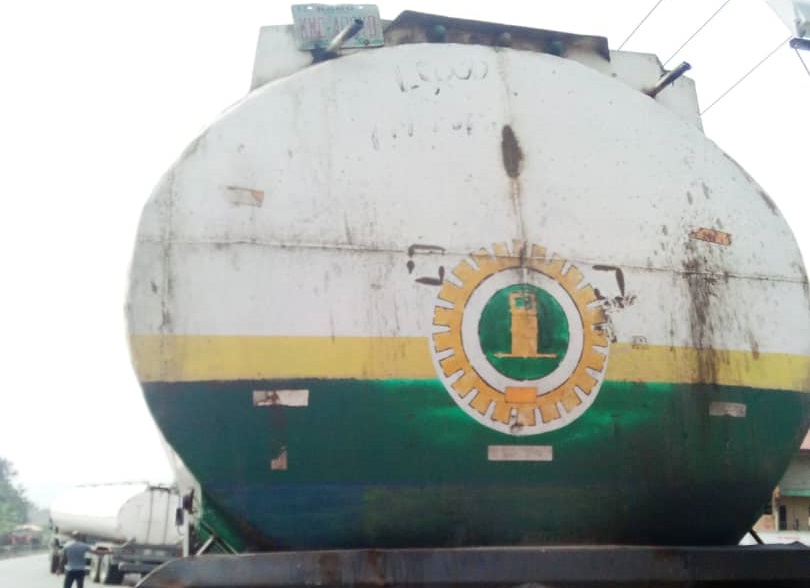 One Abdulraman Ahmed, 37, of Rigasa Igebi Local Government Area of Kaduna State has been arrested for allegedly dealing in adulterated petroleum products in Anambra State.

He was arrested at Ihiala in Ihiala LGA of Anambra State while carrying approximately 36,000 litres of suspected adulterated AGO loaded in a tanker with registration no: KNC 406 YD, the state command of the Nigeria Security and Civil Defence Corps said Wednesday.

The state public relations officer of the corps, ASC Edwin Okadigbo, told THE WHISTLER in Awka that the arrest was effected by the operatives of the Anti-Vandalism Squad of the NSCDC, Anambra State Comman, on the 7th December, 2021, at about 11:30hrs.

Ngige Recalls How He Outwitted Godfathers As Anambra Governor

According to him, “The Anti-Vandal team had been intimated of the activities of the syndicate who specializes in transporting the suspected adulterated products in and around the state.

“The team, as a follow-up to the tip-off, apprehended the suspect at Ihiala while transporting approximately 36,000 of adulerated automotive gas oil (AGO).”

Meanwhile, the state commandant of NSCDC, Commdt Everestus Chimezie Obiyo, while reiterating his directive to the Anti-Vandalism team of the command to flush out vandals and those illegally transporting petroleum products in the state, directed that the suspect be transferred to the command’s Investigation and Intelligence Department for diligent investigation and prosecution.

Comdt Obiyo said the war against oil bunkering ‘requires the cooperation of the public to sustain the fight against illegal dealings and transportation of adulterated petroleum products in and around Anambra State’.