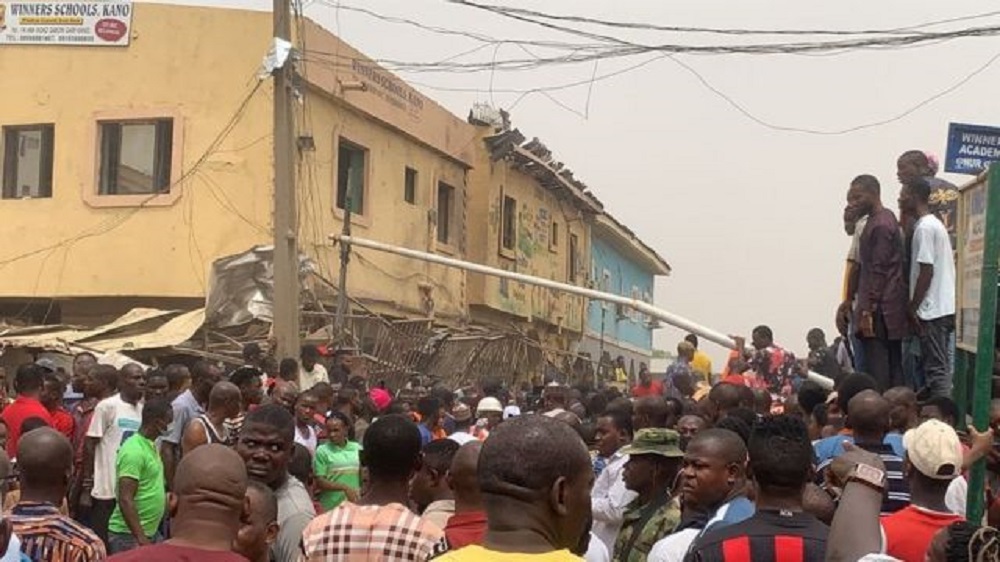 The National Emergency Management Agency (NEMA), on Tuesday confirmed the death of nine persons at the Sabon Gari area of Kano State where an explosion occurred.

The Director-General, NEMA, Mustapha Habib Ahmed in a tweet on Tuesday said, “Nine dead bodies have been recovered so far from the rubble of a collapsed building.”

Ahmed who is at the scene of the incident noted that it occurred “beside a primary school following an explosion from a gas cylinder at Aba Road in Sabon Gari area of Kano State.”

Ahmed noted that NEMA was presently coordinating the rescue operations with other sister agencies.

This website had earlier reported the incident of the explosion where many especially children had sustained different degrees of injuries.

The State’s Police Command confirmed that it was not a bomb explosion but a gas cylinder explosion.

The state’s Commissioner of Police, Sama’ila Dikko who was also at the scene of the incident explained that the seller’s shop is on the ground floor of the building where the school is located.

He added that when the cylinder exploded, it brought down the building.