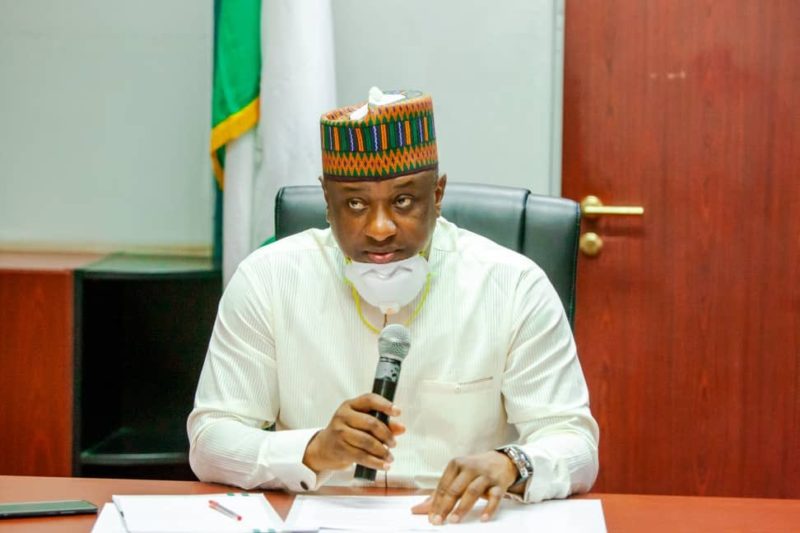 The Minister of State for Labour and Employment, Festus Keyamo (SAN), has replied the House of Representatives over the query the lower house issued concerning Special Public Works Scheme, saying N40 billion was paid to 774,000.

Keyamo described the scheme, which was initiated by the Federal Government to engage the youth, as successful.

In a statement on Friday, he pointed out that about 90 per cent of the 774,000 participants engaged by the scheme across the nation have been paid over N40 billion so far.

The House of Representatives’ Committees on Youths, Labour, Finance and Appropriations had issued the minister a query, resolving therefore to investigate the alleged failure of the scheme.

But responding, Keyamo said the Presidential Youth Empowerment Scheme was what the lower chamber intended to probe, adding that the P-YES programme was not under his purview.

In the statement signed by the minister’s Senior Adviser on Media and Communications, Tunde Moshood, Keyamo responded by saying, “In the said report, the House of Representatives’ Committee on Youths, Labour, Finance and Appropriations was said to have been mandated to “carry out a probe into the non-implementation of the scheme”, after a motion moved by Honourable Gudaji Kazaure on the ‘Call to investigate the Presidential Youth Empowerment Scheme’.

“The report of the alleged investigation into the Special Public Works Programme is therefore not just misleading but loaded with misinformation at the same time.

“The article which ties the Extended Special Public Works Programme with the Presidential Youths Empowerment Scheme, P-Yes is purely a figment of the imagination of its purveyors.

“The Extended Special Public Works Programme under the supervision of the Honourable Minister of State, Labour and Employment, Festus Keyamo, SAN has been implemented successfully with about 90% of the 774,000 ESPW participants engaged by the scheme across the nation successfully paid with over N40 billion so far.”

Fact Check: Keyamo’s Redeployment Not Because Of Akpabio