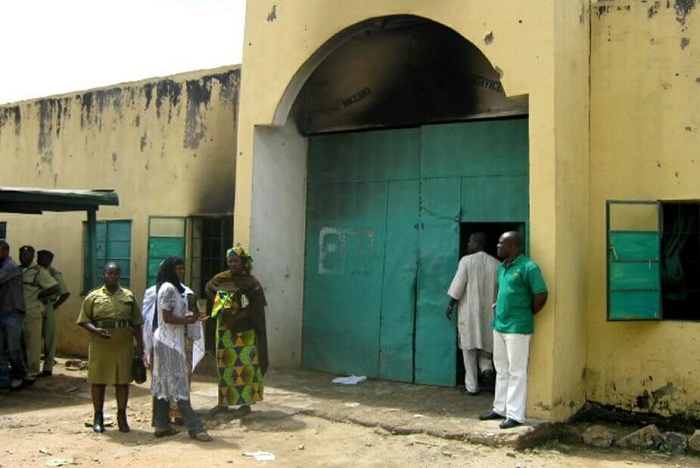 A Senior Magistrates’ Court in Lokoja on Friday ordered that a 69-year-old traditional ruler in Adavi Local Government, Asema Uka (Otumi-Ajoko) Momoh Nasir and 10 others be remanded in a correctional centre for alleged homicide.

The police charged the traditional ruler and his alleged accomplices with Criminal Conspiracy, Attempted Culpable Homicide, Aiding and Abetting, contrary to sections 97(1) 229, 325 and 89 of Kogi Penal Code Law.

Senior Magistrate Agatha Shankyula, ordered that they be remanded in the Federal Correctional Facility, Koton-Karfe, Kogi.

She granted a Motion Ex-parte dated and filed Oct. 2, by the prosecution led by Samuel Ikuntanwa, of the legal department of the state command of Nigeria Police.

In her ruling, Shankyula held that the offence was serious in nature, adding that it had been slated in the affidavit, the need for further investigations.

“It is on this basis that I tried probable course to make this order.

“The suspects are to be remanded in the Federal Correctional Facility Koton-Karfe for the next 14 days pending investigation and legal advice from the office of the Attorney-General or the arraignment before the appropriate Court on specific charges.

“This order is given for the first instance and pursuant to the provisions of section 294(1) of the acjl of Kogi 2017,”she held .

She adjourned the matter until Oct. 16

Earlier, Sgt. Tuesday Ganagana, in a motion brought pursuant to section 291 and 292 of the Kogi Administration of Criminal Justice Law, 2017, sought an order of the Court to remand the suspects at the Federal Correctional facility, Koton-Karfe.

Ganagana sought for such order or further orders as the Court might deem fit to make in the circumstances of the application.

He argued that the suspects on Sept. 28, attacked and injured a group of persons praying at Kabba junction for the proposed Dec. 12, Local Government Council elections in the state.

The Prosecution alleged that the suspects criminally aided by one Momoh Nasiru, armed themselves with gun, sticks, stones, knives and cutlasses and invaded the venue without provocation, attacked and inflicted various degrees of injury on about eight persons.

The defence counsel, Mu’azu Abbas, prayed the court to admit his clients to bail.