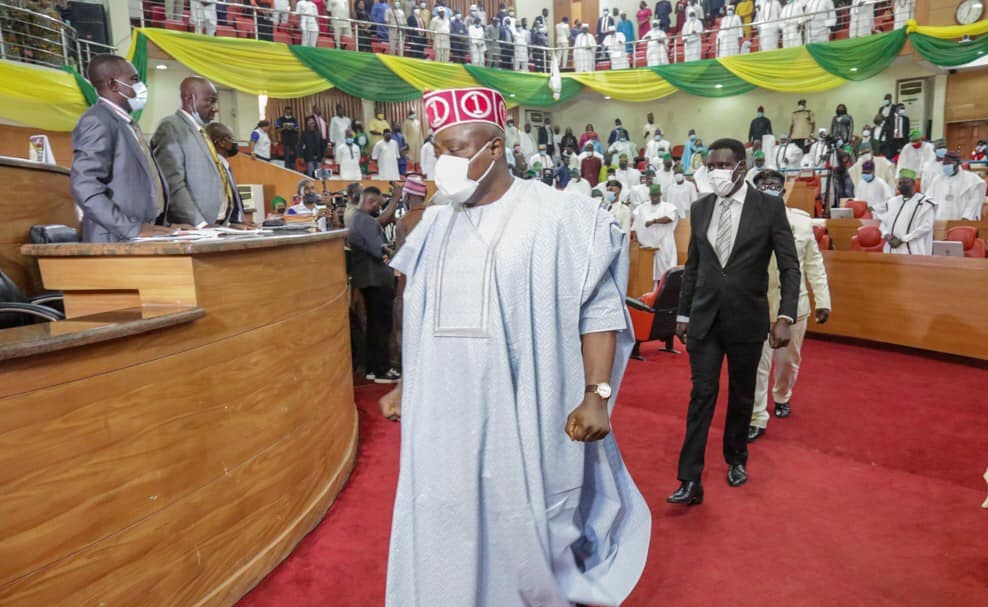 Lagos State may soon witness mass sacking of traditional rulers and title holders as the state’s House of Assembly, on Wednesday, frowned on indiscriminate appointment of monarchs “in virtually every street” in the state.

The Lagos assembly speaker, Mudashiru Obasa, said the legislature under his watch will do everything possible to review the state’s chieftaincy law to prune down the number people “parading themselves” as Baales and Obas in the state.

This, according to Obasa, was to shield the traditional institution in the state from becoming “a laughing stock” due to wholesale distribution of traditional titles or offices in the state.

The speaker stated this in his remarks when Lagos State Governor, Babajide Sanwo-Olu, presented the 2020 budget to the state assembly on Wednesday.

“…it has come to my notice that in virtually every street in Lagos of today, there is a Baale or Oba parading themselves. This has become so ridiculous and unwholesome that it requires urgent intervention by the government before the institution becomes a laughing stock.

“I assure you that this honourable house will do everything within its ambit of power to review the chieftaincy law in the state so as to address this before it gets out of hand,” said Obasa.

Governor Sanwo-Olu had presented N1.3 trillion as the state’s budget proposal for the 2022 fiscal year.

Titled ‘Budget of Consolidation’, the bill places infrastructure and education among top priories for the state in 2022.

JUST IN: Militants Blow Up Second Agip Facility In 48hrs