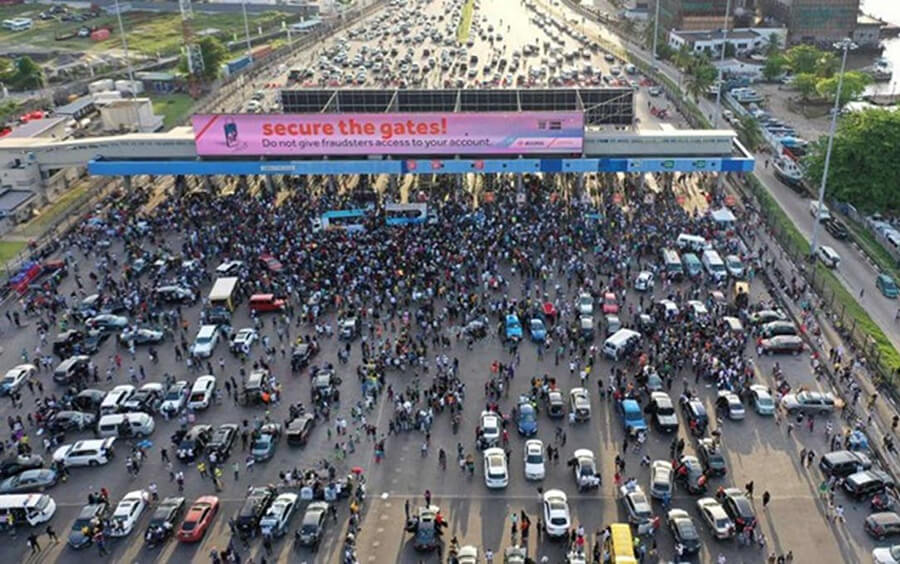 The Lagos State Judicial Panel of Inquiry on Restitution For Victims Of SARS Related Abuses and Other Matters has revealed that the operatives of the Nigerian Army and the Nigeria Police Force shot at protesters at the Lekki Toll Gate on October 2020, leading to about 48 causalities.

This finding was captured in its 306 page report submitted to the Lagos State government on Monday and obtained by THE WHISTLER.

Set up on October 19, 2020, part of the panel’s terms of reference was to identify the victims of brutality, torture and extra-judicial killings by the disbanded SARS as well as investigate the incident at the Lekki Toll- Gate on 20th October, 2020 and make necessary findings and recommendations.

The Panel stated in the report that the invitation of the army to Lagos state and its deployment to the Lekki Toll Gate on October 20th 2020 were uncalled for because the EndSARS protest at the Lekki Toll Gate was “largely peaceful, organized and orderly.”

The panel held that the 65 Battalion under the 81 Division Garrison led by Lt Col. Bello, could not substantiate its claim of not shooting live bullets at protesters because he was not on ground during the time of the incident.

“By virtue of the document tendered by The MD of Lekki Concession Company marked LCC Exhibit A, there is corroboration by LCC which was on ground that the Nigeria Army shot at protesters and disrupted their activities on the 20th of October 2020.

“A number of petitioners who testified before the panel established that they were hit from ammunitions of the army and their injuries have been found by the hospitals to be consistent with gunshot injuries. The evidence of Reddington Hospital and Grandville Hospital established the fact that not less than 20 persons who claimed to be protesters were treated for wounds consistent with gunshot injuries. It is therefore improbable that the army only used blank ammunitions at the Toll Gate on the day of the incident as claimed. There were many injured and deaths,” the reported added.

The panel also reported that “The evidence before the panel shows that after the Nigerian Army left, the Nigeria Police Force, followed up with the killing of the protesters, shooting directly at fleeing protesters into the shanties and the Lagoon at the Lekki Phase 1 Foreshore, close to the Lekki Toll Gate, floating corpse and one shot close to Serah Ibrahim.”

The panel likened what played out at Lekki to “massacre” resulting in 48 casualities – 11 deaths and 37 others who sustained gunshot injuries, missing presumed dead, injured, assaulted.

China Has Not Taken Over Uganda International Airport – Officials

Covid-19: Canada May Ban Flights From Nigeria As Omicron Variant Found In 2 Travellers