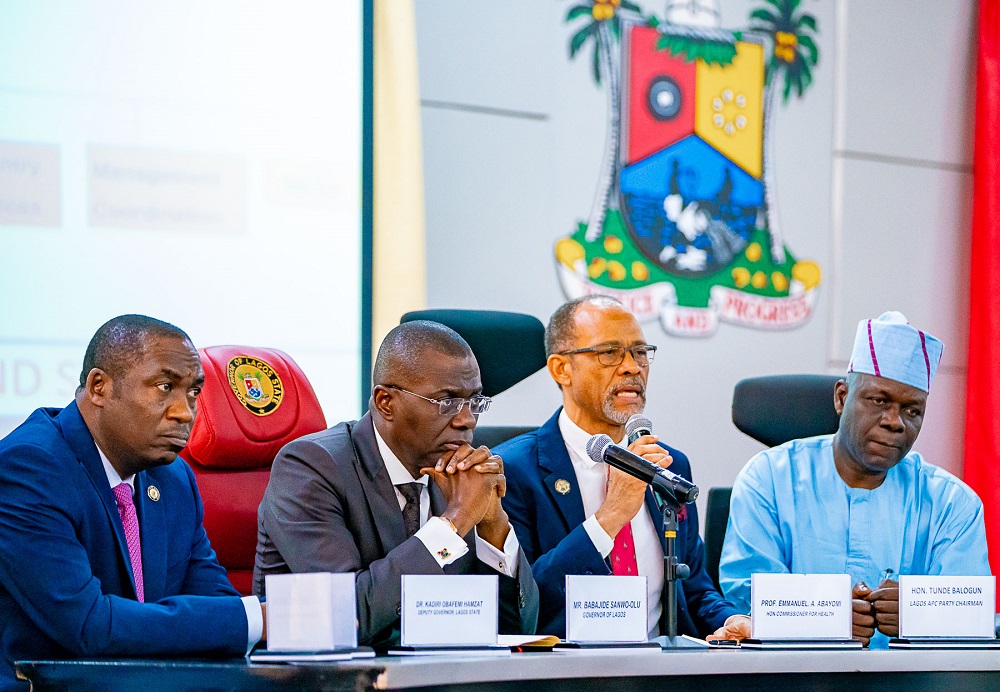 Lagos state government has inaugurated a ‘coronavirus incident command system’ to prevent the spread of virus which has been declared a global challenge by the World Health Organisation (WHO) into the country.

The State Commissioner of health, Akin Abayomi during the lunch of the health initiative on Monday warned Lagos residents against spreading false rumours that the virus was in the state.

The State Governor, Babajide Sanwo-Olu assured Nigerians that health experts will collaborate with the Federal Ministry of Health to mount standard checks at the Lagos International Airport to complement the mechanisms already on ground.

He added that the state will endeavor to give the pubic all the necessary information needed to safeguard them during the period of the outbreak of the Wuhan virus, adding that he will serve as the Incident Commander, while Abayomi will be his deputy.

“This command will go until when we believe and we have been given assurance that we have a stable and controlled environment, but in the meantime, these exercises are going to be put in place and we are going to start thing immediately.

“I also want to mention that we have started providing both human and material logistics required for this exercise.

“All of our major General Hospitals are also being prepared in event of an outpour into any of them. The hospital in mainland have tents coming up and extensive resources are being put in that particular health facility for them to be on standby in case of any suspected or identified case.”