Language As A Tool Of Conquest – Femi Fani-Kayode 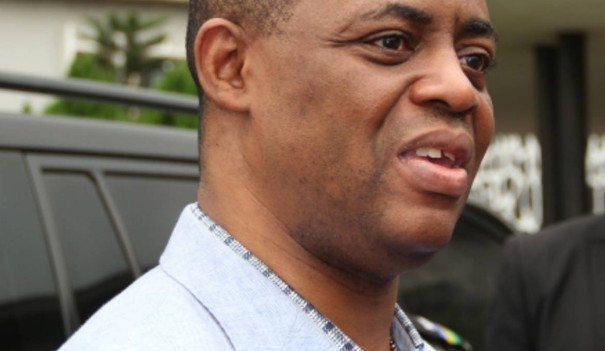 In the northern part of Nigeria two vessels were used as vehicles for conquest by the Fulani: religion and language. Islam was imposed by the force of arms and the use of the sword by Sheik Usman Dan Fodio whilst Hausa, the language of the conquered people of the old Habe kingdom, was adopted as the official language of the new Fulani caliphate.

As brilliant and calculating as ever, the Fulani ruling class insisted that Fulfulde, their own native language, was spoken only by the Fulani themselves.

To them theirs was the language of emperors, kings and conquerors and they refused to allow their subjects and vassals to speak or learn it because they considered them to be nothing more than serfs and slaves.

For the conquered it was Hausa that was to be spoken and not Fulfulde because the latter was considered to be too good for them.

There are over 100 distinct and independent ethnic groups in northern Nigeria, each with their own cultural and historical heritage and distinct language, yet they are all compelled to speak Hausa.

Some of them have even forgotten their own native language or never learnt to speak it in the first place. Others do not know who they are or where they are coming from.

Some do not even know that they ever had a language or heritage of their own. Everything for them, from beginning to end, has become Hausa. This speaks volumes.

Ironically the white Boers of apartheid South Africa, who were originally from Holland, adopted the same strategy of linguistic and cultural conquest when they arrived in southern Africa and established their hegemony and racist enclave in the 17th century.

Their native language was Afrikaans (which was a local derivative of the Dutch language) and, like the Fulanis of northern Nigeria, for many generations they ensured that only they were allowed to speak it.

The black South African natives were not taught Afrikaans and they were not allowed to speak it because it was considered to be the language of the elite ruling class and their racial masters.

Allowing them to speak it would bear the implication that they were on the same level as their religious, racial and cultural masters and that was unacceptable.

They were only allowed to communicate in their own native African languages and English. This was very effective and it essentially kept the conquered in their place whilst it exalted the conqueror. That is the power and secret of language and linguistic conquest.

It is for this reason that the people of France, for example, refuse to speak English with you when you are in their country even though their English may be fluent.

They recognise the fact that once they adopt another man’s language as being the one that is commonly used in their own land it is an acceptance of subjugation.

They acknowledge the fact that such a concession or, to use a more appropriate word, “submission”, is essentially an acceptance and wholehearted espousal of a sinister and subtle form of cultural and linguistic imperialism.

Worst still it is symptomatic of the fact that your own culture and language no longer bears any relevance or has any value.

The English, who are undoubtedly the masters of the game when it comes to the art of cultural and linguistic imperialism, did it successfully to the Scottish, the Welsh and the Irish, all of whom had and spoke their own distinct languages until they were conquered and subjugated and turned into vassal states.

Today few of the Scottish, Welsh and Irish people are able to speak their native languages anymore. The language that they all speak now is English, the language of their oppressors.

There is a long-term game plan unfolding and a not-so-hidden agenda. Yet sadly it is only those that are discerning, insightful, incisive and historically-literate that can possibly grasp or see it.

It is not for the dull, the unenlightened, the uneducated or the slow. Such souls cannot possibly grasp or understand such complex issues and one can hardly blame them for that because they are simply ignorant.

It is points like this that those in our country that know no better and that believe that hausa is just a “unique language” which should be spoken and adopted by all in our nation fail to comprehend.

Such people fail to appreciate the fact that if you take a man’s language and faith away and super-impose another on him, for whatever reason, that man loses his identity, his heritage, his culture and his history and he becomes absolutely nothing.

Once that is achieved he is successfully stripped bare of who and what he once was and all memory of the past is erased. That is tragic.

From the 18th century when the Caliphate was established in northern Nigeria the forceful imposition of Islam and the Hausa language were used by the Fulani as tools of conquest and what the French describe as the “raison d’etra” (which means “rationale”) to dominate and rule over the people of that region.

They used both to reduce the so-called “minorities” of the north to slavery and servitude. They also used both to humiliate them and bring them to their knees.

It was brutal and ugly and it continued right up until the time that there was no more resistance and it was accepted as the norm.

Now they want to do the same thing to the rest of Nigeria. Many fail to appreciate or recognize this because they are shallow.

Yet a failure to fully grasp or appreciate such things will eventually lead to nothing less than slavery.

May God open our eyes, may He continue to guide us and may He give us courage and understanding. Shalom.

Nigeria’s ‘Messiah’: Too Hard To Find?

How Are The Mighty Fallen, By Femi Fani-Kayode

The Hausa-Fulani And Sentimental Politics