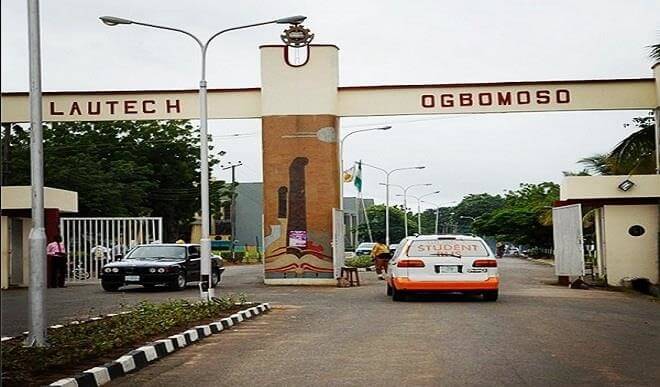 Students of the Ladoke Akintola University of Technology, Ogbomoso on Friday attacked the university’s teaching hospital in the town to protest the death of a graduating student of the institution.

The student, Benard Ashefon, who had completed his final examinations was said to have climbed an electric pole on Thursday to rectify the fault which caused disruption to power supply to the private hostel where he lived.

But while coming down from the pole he was said to have jumped off the pole to a septic tank and it caved in.

While some of his colleagues claimed he was still alive by the time he was rescued and taken to the LAUTECH Teaching Hospital in Ogbomoso, some said he gave up the ghost before being taken to the hospital.

Some of the students claimed that he died because he was not given prompt medical attention.

To protest his death, some students reportedly trooped to the teaching hospital and vandalised the cars parked there.

They were said to have also invaded the health centre on the campus and vandalised the place.

To prevent further destruction, the management declared Friday lecture free and had offered to bear the cost of burial of the deceased.

The Registrar of the university, Dr Kayode Ogunleye, in a statement , confirmed the death of the student but was silent of the rampage.

He said, “It has just come to the notice of the university management that a 500-Level graduating student of the department of Animal Nutrition and Biotechnology Asefon Nifemi Benard, died off-campus yesterday April 22, 2021.

“In sympathy with the student, friends and family, the university management hereby declare today Friday April 23, 2021 as lecture free-day, while any lectures or tests that might have been conducted earlier today will be declared null and void.

“Management further appeals to students not to take laws into their hands. Appropriate steps will be taken to further get the facts surrounding the death of the students.

“Once again, management commiserates with the students, family and friends of the deceased.
Meanwhile, the University administration has taken steps to take care of the burial of the deceased and convey his corpse to the family.”