Lawan’s Dirty Politics Has Made The Senate Executive Rubber Stamp 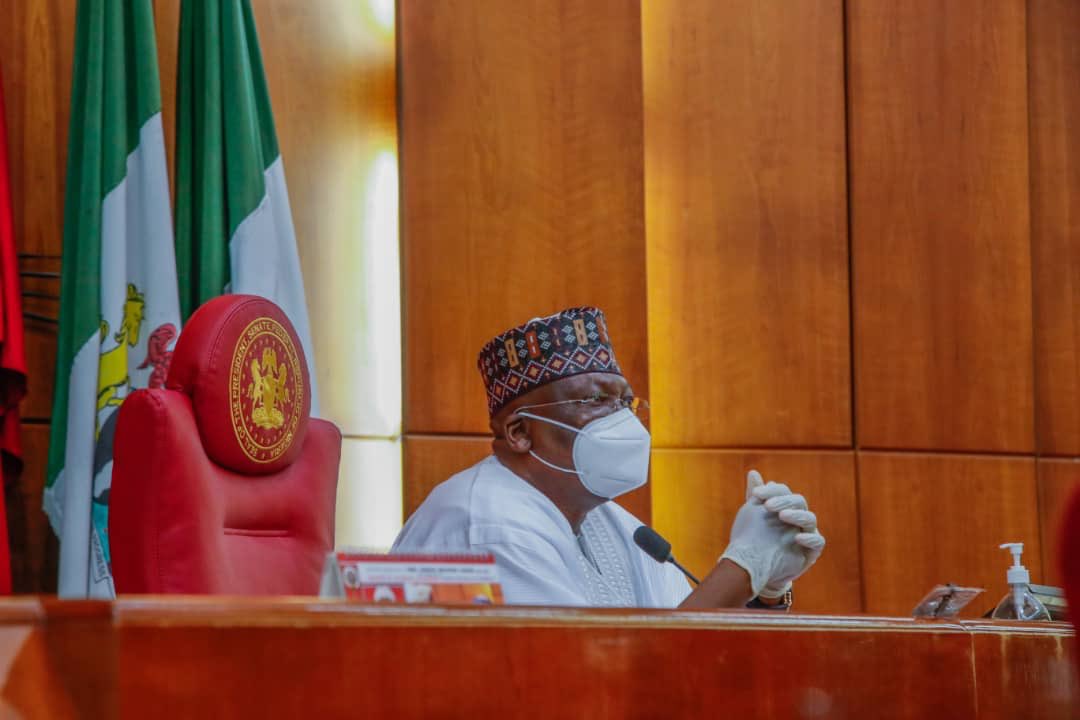 Not a few Nigerians have expressed their disdain at the total submission of legislative independence to the Buhari-led Executive. In fact, they have decried why and how the current 9th Assembly headed by Ahmad Lawan has overtly surrendered its existence to the executive in such a way that, it does not sit without the Executive’s sanction.

Or how justifiable is the reckless approval of loans and every Executive request put on the table for Lawan? Or their silence on critical national issues.

It was when the loan was granted that the senate requested for plan on how the money would be applied.

This latest loan adds up to foreign debt which was $9.7 billion before Buhari assumed power, and has increased by a staggering 366%, standing at
$45.2 billion.

In 2021 alone, Lawan’s senate has approved foreign borrowings for Buhari amounting to $12.3 billion.

Yet, these loans are obtained despite a huge decline in actual revenue over a six-year period with 2020 recording N3.4 trillion, about 37 per cent decline against N5.43 trillion recorded in 2015.

Regrettably, there has been no justification from Buhari on how previous loans were spent. Usages and implementation of those loans have remained cloudy and secret.

Of major concern is the fact that 90% of the loans is consumed without productivity. While propositions to the senate have always been to predicate such borrowing plans on capital project, reports indicate these loans rather end up consumed on recurrent expenditures.

Reports by the National Bureau of Statistics indicate a grim outlook. Buhari’s capital expenditures have been impressively speculative and unrealistic. According to NBS and other financial intelligent bodies, the administration budgeted N8.9 trillion, 24.04% for capital expenditure in 2019 out of the N8.9 trillion. But only N1.2 trillion was released for capital projects during the year.

The debt management office report is even starkly grimmer. DMO said Nigeria’s debt profile stands at N35.46 trillion at the end of the second quarter (Q2) of 2021, representing an increase of N2.36 trillion compared to the N33.10 trillion recorded in March 2021. It warned against frivolous spending without commensurate projects.

Experts have bellowed the President to mellow down on his borrowing drive but it has gone without being heard.

Yet, Lawan has gone on overdrive to ask, “Which do we approve next sir” even before Buhari requests. In fact, Lawan has made it look like it’s the senate that request Buhari to borrow.

But my investigation has revealed the underbelly dirty politics behind this borrowing binge.

According to an angry source in the Senate President’s office, Lawan is not just pandering to the executive whim but is a major beneficiary of the loan.

He told me that every borrowing exercise is preceded with what he called ‘settlement’. He said, “there is always some ‘take home’ for the ‘boys,’ call it whatever you like.

“Of course he (Lawan) will get the slack but he is not acting alone. He can also stop the reckless approval his senate grants the Executive but Lawan’s self interest is also paramount to him,” the source said

He further revealed that “Lawan meets the executive before every loan request is made. How the senators would be settled. So it has become a bipartisan in bad taste where the parties close ranks to enjoy executive largesse against the Nigerian people.”

Even the PDP lawmakers’ alliance with the APC-led senate has equally left many in chagrin.

A senator on the platform of the PDP recently told me that nobody should expect anything different from PDP senators until the 2023 Election.

“The fact is, the Executive’s dictatorial tendency has driven everyone into fear. Nobody can stop the executive now because as I am talking to you, nobody knows who’s ruling Nigeria.

“The PDP itself is helpless in two ways and I will tell you why. One, the way Buhari’s government is going about victimizing people, flouting the rule of law and deploying security agencies against perceived critics and people who they consider as independent-minded has driven people into fear.

“Nobody, not a single senator or House member wants to be his victim.

“Two, the PDP is helpless because the senators now have upper hands. Any hard knock or tough stance against any PDP lawmaker now would drive the lawmaker to decamp. The PDP does not want to lose any of its members in the senate or House again.

“So, ordinarily, instead of closing ranks with their lawmakers to ensure they oppose the APC’s stance, nobody does that again. This has made the senate a rubber stamp of the executive,” he said.

There have also been questions over the incessant killings across the country with little or no debate about it, to at least jolt the executive into action.

This has left many baffled as to how Lawan has allowed his personal interest to override the general interest.

Lawan has also been accused of removing anything he perceived as negative on the Order Paper, which is the menu that carries legislative agenda for each sitting day.

I learnt that his colleagues, especially the minority senators have queried why attempts to raise motion concerning critical issues in the country especially as it relates to insecurity is often chalked off by Lawan.

Writer is an Abuja based journalist.

OPINION: Buhari Is A Blessing To One Nigeria